Anne Nash and Hal Weaver are long-time donors and supporters of FCNL. They originally went to school together, but eventually lost touch. Forty years later, Anne and Hal reconnected.

Anne and Hal now devote much of their time to working on racial injustice, Indigenous Peoples’ justice, and immigration reform. Hal is the founder of the Black Quaker Project, established to celebrate the lives and contributions of Quakers of Color, and to document and address their concerns. Their Quaker faith calls them to advocate for others and to bring awareness to organizations, such as FCNL, who focus their work on similar issues.

Anne took some time to share more about her faith, her advocacy, and her connection to FCNL. Below is the interview, which has been edited for length and clarity.

What drew you to FCNL? How has your faith called you to a life of advocacy?

It’s been so long that I’ve been linked to FCNL. I can’t remember whether my parents were specifically involved with FCNL, but they did lots of advocacy work themselves, especially my mother with segregation rights.

I’ve been a Quaker my whole life so I have always been linked to FCNL through my faith. I’ve also known the past two general secretaries of FCNL very well. I believe Quakers are involved in inclusion, so advocacy has always been a part of my life.

Can you talk more about the people who led you to focus on racial justice and Native American issues in particular?

We had Quaker neighbors who were involved in advocacy, and the father taught engineering at Haverford College and had a deep concern for Native American issues. I believe Quakers have a responsibility to address these issues.

My mother was also very concerned about racial issues, especially with ending segregation. I went to Oberlin College, a liberal arts school that had been involved in the Underground Railroad. All this to say, I’ve always surrounded myself with entities that make it a point to center their core values around advocacy.

What issues do you feel are most vital in the current climate of our country?

It’s hard to know where to begin with that one! I just think we need to get out and vote. We cannot have another presidency like the Trump presidency. I personally did a lot of letter-writing and door knocking when I was younger, and have been active in politics for a long time. I used to visit a prison in Boston that held immigrants waiting to be deported and would spend an hour sitting with them, letting them know that others care.

Unfortunately, the program was shut down during COVID and the detainees were shipped all over the country, so we have no idea where they ended up. It was so interesting to listen to them and to hear how many of them would say things such as, “My mother always wanted me to go to church with her but I didn’t want to. But now I understand the power and importance of God.” Our country doesn’t understand that we were built on immigrants.

As planned giving donors, can you talk about the importance of continuing a legacy of advocacy and what it means to you?

When I pass, I have portioned my money between FCNL and several other organizations. I believe that when you have the means and ability to give, it is important to share that ability and ensure that it goes to issues you care about. I hope that my money will continue to support programs that advocate for human rights and the efforts of FCNL. 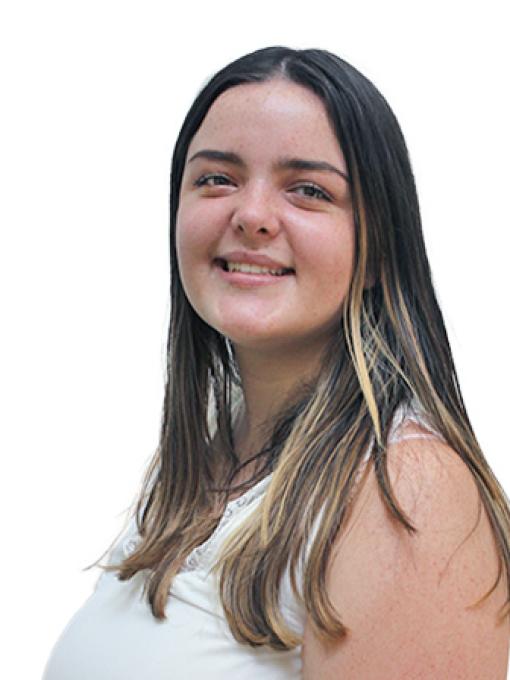 Intern, Development Research and Outreach - Summer 2022
Mollie Sequeira is FCNL’s development research and outreach Intern for summer 2022. She is earning her BA in Political Science at the University of Richmond.