On Jan. 21, the Supreme Court agreed to hear Oklahoma v. Castro-Huerta, to clarify whether a state has authority to prosecute non-Indians who commit crimes against Native Americans on tribal land.

The state of Oklahoma argues that federal authorities are overwhelmed, and that crimes are going uninvestigated and unprosecuted in the eastern parts of Oklahoma. This area was determined to be reservation land in the historic 2020 McGirt v. Oklahoma decision. The decision in Oklahoma v. Castro-Huerta could have major implications for tribal jurisdiction over crimes.

The Supreme Court, however, declined Oklahoma’s request that the Court consider overruling the McGirt v. Oklahoma decision altogether, which served as a strong recognition and restoration of tribal lands. The case will be heard in April 2022. 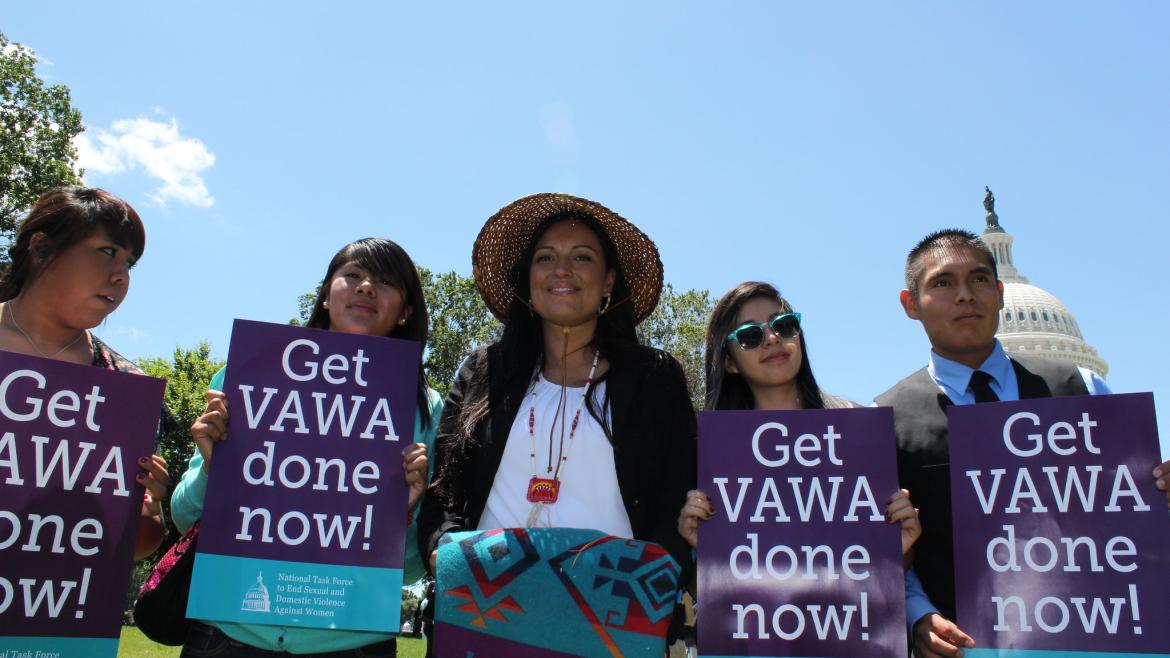 Annual spending bills have continued funding VAWA programs since then, but reauthorization poses an opportunity for progress. “Each time the bill’s reauthorized, there’s a chance for advocates and survivors to think about it, look at it, and see what changes need to be made to really address all the needs of all survivors,” said Terri Poore, policy director at the National Alliance to End Sexual Violence, in an interview with The Hill.

Proposed updates to VAWA include provisions to strengthen rape prevention and protections for young survivors, expanding emergency housing support, and prohibiting those convicted of domestic violence from possessing firearms. There is also an intention to address the unique needs of rural areas, provide culturally-specific services, and provide access to resources for LGBTQ survivors.

Expected changes also include expanded tribal provisions to better address the Missing and Murdered Indigenous People crisis. Sen. Murkowski, vice chairman of the Senate Committee on Indian Affairs (SCIA), spoke on this last month on the Senate floor: “Our tribal title closes loopholes, builds upon the success of the 2013 reauthorization, and includes specific solutions to protect Alaska Native people,” she said. “The tribal title will further restore, and improve, the implementation of the special tribal criminal jurisdiction by allowing tribes who exercise this special jurisdiction to charge defendants with crimes that co-occur with domestic violence, such as violence against children or assault on law enforcement.”