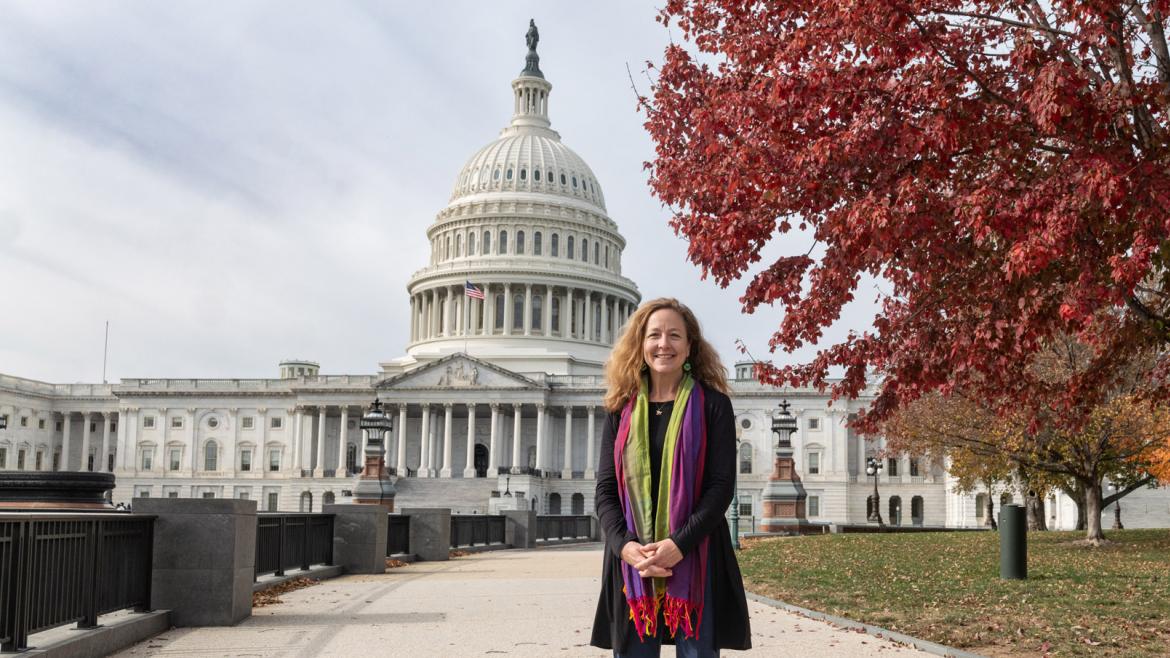 “Our search committee and the entire General Committee find Bridget a person of deep faith and humility with a strong commitment to peacemaking, the Religious Society of Friends, and ending racism,” said Ron Ferguson, clerk of the FCNL General Committee. “She has the qualities and experiences needed to lead FCNL in our search for a peaceful, just, and sustainable world.”

Moix currently serves as U.S. Executive Director of Peace Direct in Washington, DC, a post she has held since 2015.  Prior to that, she worked at  USAID’s Office of Conflict Management and Mitigation (2013-2015). She managed Casa de los Amigos (Friends House) in Mexico City (2006-2007) and worked at the Quaker United Nations Office in New York (2000-2002).

“I am humbled to accept this appointment and grateful for the opportunity it gives me to live out my Quaker faith in community with other like-minded people,” said Moix. “I am so thankful to our donors, supporters, staff, and governors. In the last ten years, FCNL has grown as a community—in scope, power, and long-term sustainability.”

Having spent much of her career in peacebuilding, Moix feels called to help bridge the political divisions in Congress and across the country. “The future of our democracy depends on addressing the entrenched systems of racism, militarism, sexism, and colonialism that undergird our country and its policies. Communities like FCNL are critical to this bridge-building,” she said.

FCNL, established in 1943, is the oldest registered religious lobby in Washington, DC. It has an active network of more than 60,000 advocates throughout the United States. It is affiliated with two other Quaker organizations, the FCNL Education Fund and Friends Place on Capitol Hill.