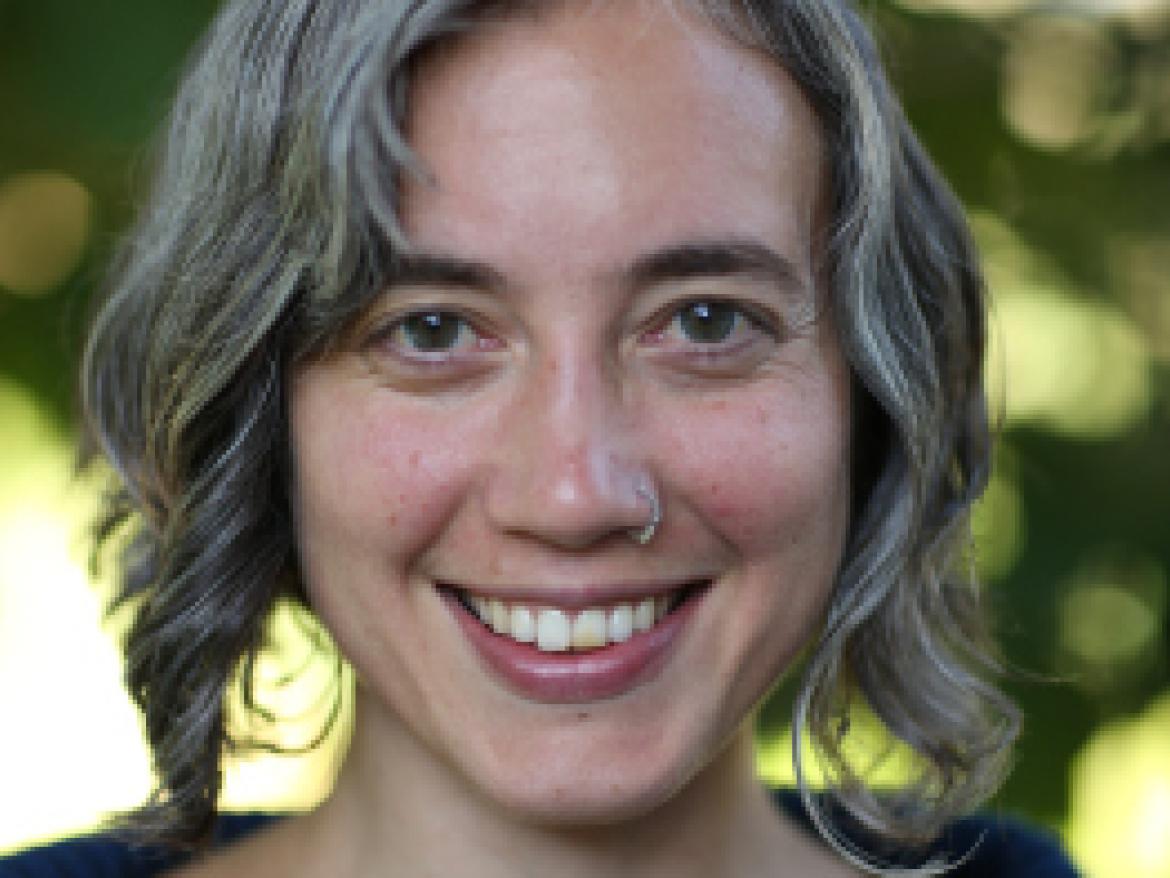 At FCNL’s 2020 Annual Meeting, Cherice Bock offered a powerful message for Sunday worship. As participants prepared to lobby on the Justice in Policing Act (H.R. 7129/S. 3912), Cherice linked police brutality to racism, economic access, and natural resources, drawing on both the Bible and her own learnings about internalized white supremacy and settler colonialism.

The message is excerpted below. You can read the full message text here.

I was arrested about a month ago and detained for several hours at the Immigration and Customs Enforcement or ICE facility in Portland [Oregon] for tying a balloon to a gate.

It was a silver star balloon, and it was one of 193 carried by protesters that night…Each balloon represents a life lost in ICE custody since the agency began in 2003. As we approached the building to deliver this symbol, federal agents emerged and arrested several of us, seemingly at random, and pepper sprayed the group…As the Department of Homeland Security officer held me down to put zip ties around my wrists, I watched my silver star balloon float away, eerily similar to the soul it represented.

When I was in the ICE holding area, waiting to be processed, one of the other people asked me what faith tradition I was from, and I told him Quaker, and he said he was a Mennonite. We smiled behind our masks, and he said it was an honor to experience this together. I agreed, and said, “It is our tradition, as peace churches.”

And it is, isn’t it? At least, this is my perception of our tradition as Friends …Historic and modern Friends often speak up and stand strong when facing inequity, drawing from the spiritual power of justice through love, in the streets, and when lobbying government officials.

Yet, while attempting to speak from this space of truth and justice through fierce love, I’m also convicted about how much learning we have to do as a denomination, and how much  we still need to listen and grow in our understanding of what true equity looks like.

For those of us who are white, although Friends generally did not support slavery or taking land from Native Americans, we benefitted from cheap access to property and other economic benefits, and people of color have tried to communicate about the injustices we’re helping perpetuate. Although those of us who are white are often sympathetic and feel badly about this harm, we tend to have a hard time actually doing anything to change the systems of oppression we’re participating in…By sharing my story, it is my intention to present the case with sufficient honesty, clarity, and completeness that the case will compel us to truth and action this time.

When we say we stand in solidarity with those who are marginalized, these are intensely relational and profoundly economic and ecological claims that place on us a responsibility of shared use, rights, justice, and care.

If you get nothing else from this message, know that what I am essentially trying to communicate here is that: When we say, “There is that of God in every one,” when we say, “Black lives matter,” when we say we stand in solidarity with those who are marginalized, these are intensely relational and profoundly economic and ecological claims that place on us a responsibility of shared use, rights, justice, and care.

Every once in a while, something breaks through the façade for white folks, like the combination of the pandemic and George Floyd’s murder. We recognize injustice, and that this is no way to live, and that if we were not afraid, we would realize that we’re all in this together…

[It] is this same vision that I believe the Bible points us toward.

In Luke 4:18–19 , Jesus announces his ministry by reading from Isaiah 61:1–2a …Jesus says his message is primarily good news to the poor, to prisoners, to the blind and the oppressed. Think about your meeting or church’s main message. Do the poorest and most marginalized in your neighborhood consider it good news? His message is of meeting the needs of real people, feeding them and healing them, inviting them into community when they had been cast aside.

In a passage that may be familiar to Friends, Micah 4:3b-4a says:

(3) they shall beat their swords into plowshares, /
and their spears into pruning hooks;
nation shall not lift up sword against nation,
neither shall they learn war any more;
(4) but they shall all sit under their own vines and under their own fig trees,
and no one shall make them afraid;

This is the vision of community shalom, or holistic peace, to which God invites the Israelites in the Hebrew Scriptures, and it is a community in which the social, the economic, and the ecological are in healthy balance, interconnected and integrally reliant on one another….

In whatever political and economic and social and ecological system we find ourselves, we can practice an economy of care for one another—and in whatever system we’re in, if it’s one that tends toward empire, it will try to separate us, make us afraid, and keep us from trying to care for one another. So that is our work wherever and whenever we are, to build an economy of care.

[In the United States], we seem to be at a moment of racial reckoning… Protests in the streets help keep the conversation alive, and keeps reminding those of us who can otherwise ignore it of the pressing nature of the issue of racism in this country, and its connections to police brutality and economic factors. For those of us who are white, this means we need to actually dig in and do some hard internal and interpersonal work. Part of this work is listening to and believing people of color about their experiences of racism. And then it means showing true care by opening our hearts and imaginations enough to change our orientation toward unjust systems, and to dismantle these oppressive systems in ourselves and the institutions in which we have power.

… As I’ve experienced these protests, I’ve noticed four things of significance: 1) There is an emerging Beloved Community in the streets that stands up with truth, fierce love, and a refusal to be dehumanized, 2) I’ve seen a glimpse of something like the biblical economy of care that can take different forms, such as the organic group of folks trying their best to follow the Jesus Way to resist and dismantle the oppression of empire, 3) I’ve felt truth spoken to my unearned power, challenging me with an economic and ecological message regarding laws that created and uphold my unearned and unjust access to this land, and 4) my internalized white settler colonialism needs to be reframed to value people over property.

I invite you to let this message settle, and let it fuel your heart and spirit with truth needed for the continued work of justice. 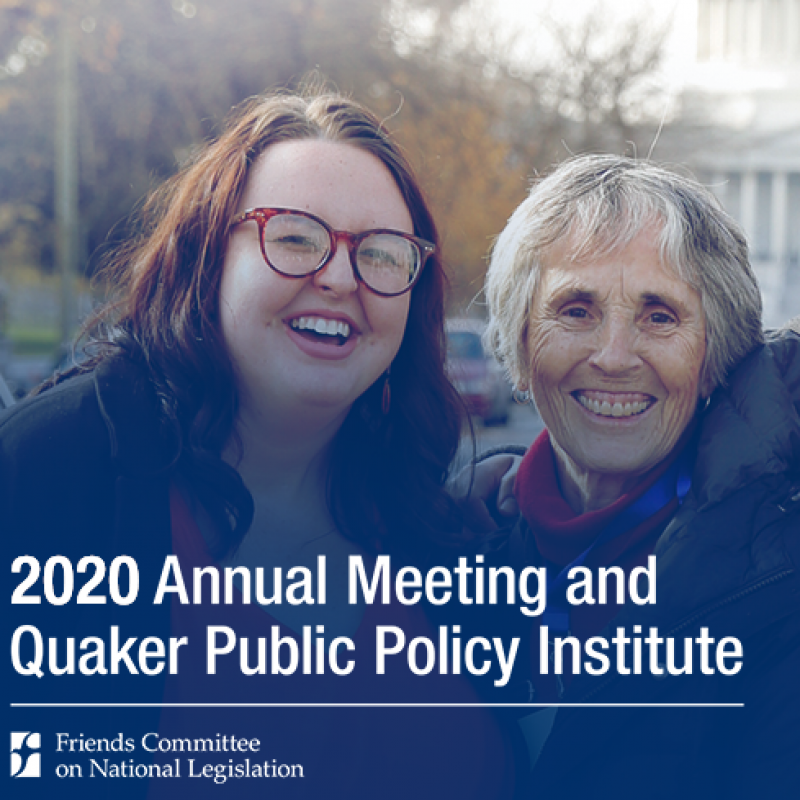