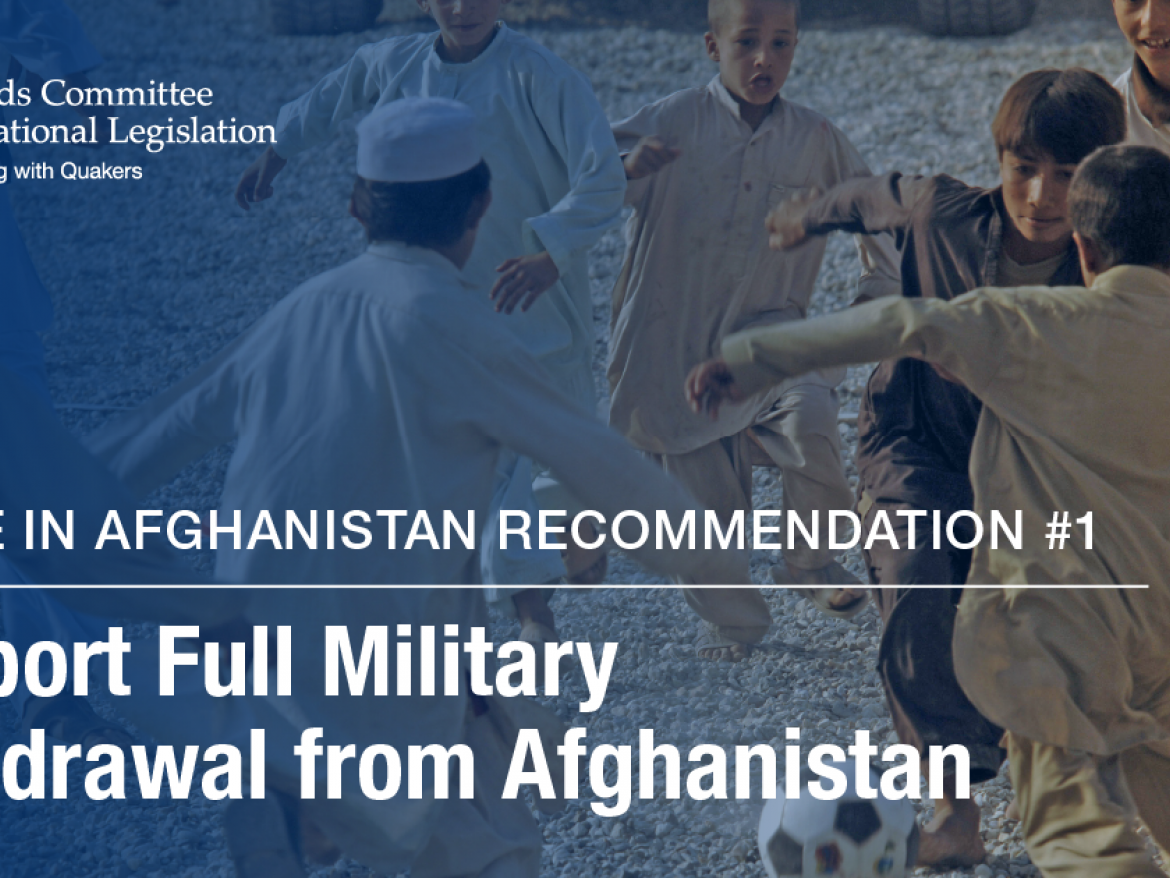 While the text of the U.S.-Taliban exit deal calls for an initial reduction of troops to a total of 8,600 followed by full withdrawal within 14 months, U.S. officials continue to insist that these are “aspirational” goals. Public reporting further indicates that the Pentagon may be poised to maintain a network of Special Operations forces in the country, and many elected officials have urged maintaining residual counterterrorism forces or continuing targeted drone strikes.

It is likely that there will be severe challenges in the withdrawal process. Coronavirus may limit the movement of troops by all parties, as well as their ability to carry out operations, and could weaken Taliban command and control systems. Political infighting and disarray could reduce the Afghan government’s ability or desire to host intra-Afghan talks and comply with its obligations and commitments under any agreement. Warlords and armed groups not under Taliban control may seek to use the withdrawal as an opportunity to advance their own power and position. Acts of terrorism and violence could provoke either an acceleration or a suspension of troop reductions. Already the Taliban has ramped up its attacks against Afghan forces.

In this environment of uncertainty and risk, Congress must avoid trying to micromanage the withdrawal. Instead, it should accept the following realities:

The United States does not have the power to control outcomes in Afghanistan.

Much of the discussion about U.S. objectives in Afghanistan rests on the illusion that we can impose or ensure a particular outcome by using our military, political, and economic power in the right way. But nearly two decades of occupation have proven the opposite. The United States can help or harm Afghan-led solutions, but it cannot impose its own agenda.

The Taliban is here to stay.

The Taliban are now in a stronger position than at any time since the 2001 invasion.

U.S. military operations in Afghanistan have moved far beyond the original premise of counterterrorism operations conducted in response to the attacks of 9/11. The United States has now inserted itself into what is fundamentally an insurgency conflict between the Afghan central government and the Taliban, with no hope of a military solution. The Taliban, while not monolithic, are Afghans, with local aspirations, and have demonstrated a resilience against military force that has caused the United States to lose leverage with every year it continues to fight. One of the consequences of this willful blindness is that the Taliban are now in a stronger position than at any time since the 2001 invasion. Therefore, while a durable peace cannot be created without involving the Taliban, it also cannot be created by the Taliban alone.

The challenge of terrorism does not justify a continued military presence in Afghanistan.

There is simply no evidence to suggest that the U.S. invasion and occupation of Afghanistan have enhanced or will enhance American security.

The U.S. occupation of Afghanistan is a relic of the failed, fear-based immediate response to the attacks of 9/11, not a tactic that is responsive to realities on the ground. While al-Qaeda certainly exists in Afghanistan, it is estimated to have only 400–600 members. Even the attacks of 9/11—the stated justification for invading Afghanistan—had little to do with Afghanistan. The Taliban was not involved in the 9/11 attacks, most of the hijackers and planners were from Saudi Arabia, and most of the planning was done in Europe and the United States. There is simply no evidence to suggest that the U.S. invasion and occupation of Afghanistan have enhanced or will enhance American security. Nor will retention of Special Operations forces in Afghanistan, private contractors, targeted assassinations, or partnerships with warlords, kill teams, and militias end the threat of terrorism.^1

In truth, proposals for a continued militarized approach to Afghanistan are fueled more by fear and misinformation than by realities on the ground. The result is that Afghan civilians pay the heaviest price.

What Congress can do: