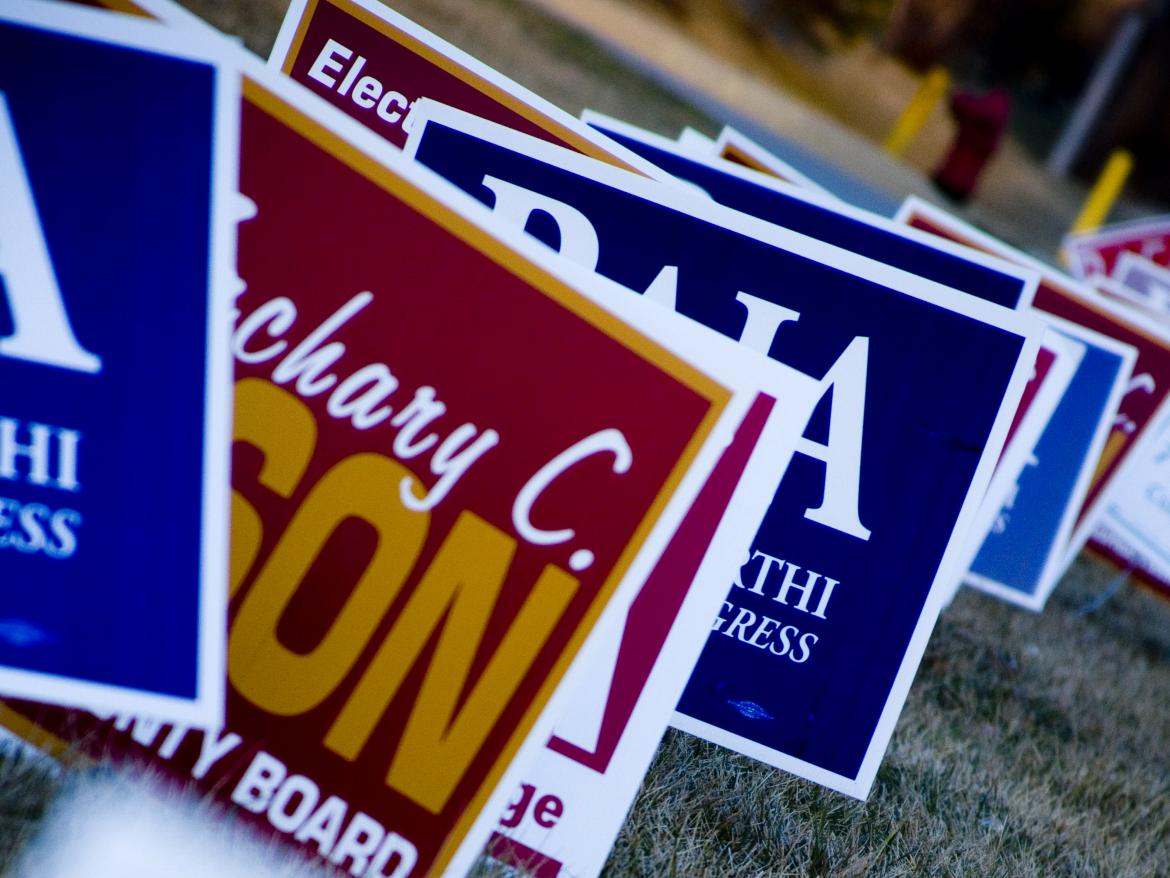 And to win elections, local administrators can too often unethically influence the vote by closing precincts, failing to fix faulty voting machines, or by enacting high barriers to the ballot in the form of restrictive voter ID laws. Legislators are also incentivized to draw extremely partisan district lines whereby the politicians pick their voters, rather than the other way around.

The amount of money poured into elections is also staggering. The donations raised for the average House campaign total $1.5 million, and the average Senate campaign raised $10.5 million. These large sums aren’t coming from working class people, and they skew the priorities in Washington heavily in favor of the rich. And of course, millionaires can drop an exorbitant donation to a dark money group or a Super PAC to influence an election.

Clearly, there is much work to be done. The good news is that there are many possible avenues through which we can do this.

We must prohibit attempts to reduce the number of voters. We can do this by better enforcing the Voting Rights Act and safeguarding against voter suppression prior to an election—not just after the fact, as our current system dictates.

Voting is not an exclusive right—we should be making it easy for people to do their part in our democratic process. The more voices that we have in our decision-making, the fairer and more representative our system becomes.

Address the excessive influence of money in politics

Initially, we had robust spending limits on contributions, but several court decisions have struck these down, perhaps the most notable being Citizens United v. Federal Elections Commission. The answer is to increase the power of ordinary voters through public financing and donor matching, wherein public government dollars are directed, by constituents, towards candidates.

Too much of the financial side of our elections happens in the dark, making it difficult to know who is funneling vast amounts of money to influence the democratic process. Super PACs are essentially black boxes that make high-dollar contributions to influence elections with virtually no transparency.

Reclaiming our democracy is a matter of faith