FCNL is committed to lifting up an alternative U.S. foreign policy that builds sustainable peace, respects human rights, and prevents atrocities and conflict. As we have for over a decade, FCNL joined with members of the Prevention and Protection Working Group to urge Congress to robustly fund peacebuilding in the fiscal year 2021 budget.

Dear Members of the House and Senate Committees on Appropriations:

As members of the Prevention and Protection Working Group, we urge you to support robust funding for peacebuilding, atrocity prevention and human rights related accounts in the Fiscal Year 2022 State Department, Foreign Operations and Related Programs (SFOPs) appropriations bill. We greatly appreciate your support for such funding in the FY 2021 appropriations and urge you to maintain this critical support in FY 2022.

As a coalition of humanitarian, peacebuilding, human rights, and atrocity prevention experts and organizations, we are deeply concerned about the early warning signs of new violence resulting from the impacts of the COVID-19 pandemic. The pandemic has spared no nation, leaving devastated economies and fractured societies in its wake, exacerbating the drivers of violence and fragility around the world. We know that society-wide crises, such as famines, climate change, pandemics, and political strife, too often become a trigger or justification for mass violence and atrocities. Already data modeling shows that as result of the pandemic, 13 more countries will likely experience conflict over the next two years, nearly doubling the pre-pandemic prediction.

Peacebuilding provides a critical tool in responding to and recovering from this pandemic by preventing immediate outbreaks of violence and healing fractured societies over the long term. Peacebuilding also supports public health and humanitarian responses by ensuring that they are conflict sensitive and do no harm. We therefore urge your support to robust funding in the FY 2022 SFOPs appropriations bill for accounts that prevent and reduce violent conflict.

In particular, we urge support to:

Further, we urge no less than $14.5 million be specified in the language of the bill for the Conflict Stabilization Operations account, as well as the inclusion of language requiring that the Secretary of State provide a report to Congress outlining the mission, objectives and major lines of effort of the Bureau of Conflict and Stabilization Operations over the next four years and criteria for measuring progress toward such objectives.

We request bill language waiving the statutory 25% cap on U.S. contributions to UN peacekeeping operations. Such language will allow the U.S. to pay its peacekeeping assessments at the full rate negotiated and agreed to by the U.S., as well as pay arrears accrued due to the enforcement of this arbitrary cap.

Lastly, we urge no less than $10 billion in funding for the global COVID-19 response for FY22. While current domestic needs remain substantial, the U.S. can and must do more to contain the pandemic and prevent its worsening consequences. With COVID-19, no one is safe until everyone is safe. The international pandemic relief funds included in the American Rescue Plan Act and other supplemental packages are only a portion of what is required to responsibly address the crisis and do not support critical conflict prevention or peacebuilding efforts. Such assistance should be combined with authorization for the issuance of 2 trillion in Special Drawing Rights (SDRs) at the International Monetary Fund. These SDRs would cost the United States nothing but would enable $1.1 trillion of direct economic support to low and middle-income countries, allowing them to purchase or produce PPE and vaccines, and revive their economies to save lives.

Thank you for your continued support and leadership for the vital work of the State Department and USAID that serves to promote American interests, prevent conflict, build peace and save lives.

Another Step Forward on Atrocity Prevention 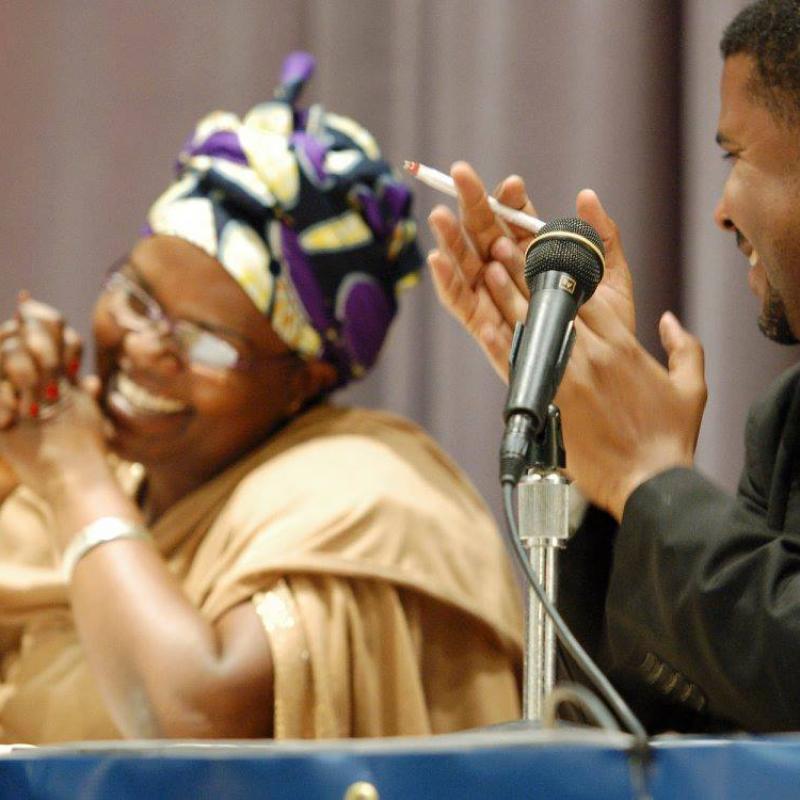