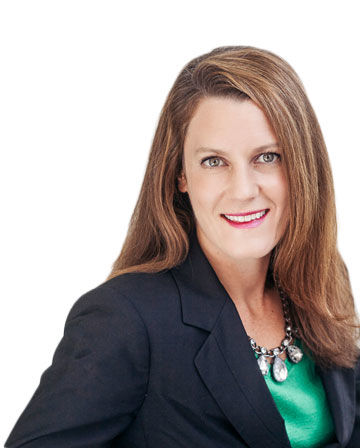 Since joining FCNL in March of 2014, Allyson has supported efforts to introduce the Elie Wiesel Genocide and Atrocities Prevention Act; ensure full funding for critical accounts within the U.S. Budget that work to prevent violent conflict; organized numerous briefings and roundtables between government officials and civil society organizations; been published in several news outlets; and traveled to Central African Republic to learn about peacebuilding efforts in the country.

From 2006 to 2012, Allyson held government and media relations roles at United to End Genocide (formerly Genocide Intervention Network) where she led the organization’s efforts to pass comprehensive legislation on Sudan, conducted a successful fact-finding trip to bring attention to attacks against civilians in Burma/Myanmar, and advocated for increased U.S. government capacities to prevent mass atrocities. In addition to Burma and Sudan, she has worked to support an end to violence against civilians in the Democratic Republic of Congo, Libya, South Sudan and Syria. Between 2012 and 2014, she served as an advocacy and communications consultant, working with Fairtrade America and The Aegis Trust.

Background The Journey to Peace is Paved with Persistence ›

It has been 30 years since the U.S. Congress passed a law to address the prevention of atrocities. We hope to break this congressional silence soon with passage of the bipartisan Elie Wiesel Genocide and Atrocities Prevention Act of 2018 (H.R. 3030/S.1158). Consideration before the full Senate is the next step after the bill was overwhelmingly passed the House of Representatives.

The Senate took an important step forward in support of conflict prevention with introduction of the Global Fragility and Violence Reduction (GFVR) Act, S.3368, on August 22.

With the recent escalation of the war in Syria, it is clear that Congress needs to demonstrate their leadership and pass the Elie Wiesel Genocide and Atrocities Prevention Act (H.R.3030; S.1158).

Thursday is Yom HaShoah – or Holocaust Remembrance Day – which honors the memory of the six million Jews who perished during World War II. The remembrance of this genocide underscores that there is much more we need to do to make good on our commitment “never again” to allow such atrocities to take place.

This month, Congress has an important opportunity to take concrete steps to bolster our government’s ability to build peace and prevent atrocities against civilians. Early action to prevent violence will reduce the need for late military intervention, protect lives, and save taxpayer money. This is why it’s important for us to take stock, remember the past, and work to prevent future outbreaks of violence. Members of Congress can help support conflict prevention, but they need a push to get there.

Report Back from a Mass Atrocity Simulation

The difficulty of preventing mass atrocities and genocide took on new meaning for me when I was part of a simulation at Vanderbilt University on the hypothetical risks of mass atrocities in Zimbabwe.

The month of September will be an important one as we work to address proposed cuts to critical conflict prevention funding and tools. These challenges come at a time when the world is facing increasing levels of violence, and experiencing unprecedented levels of global hunger and displacement as a result of conflict. Here's what we are following:

Update Bipartisan Bill on Genocide Prevention Introduced in the House ›

In a demonstration of strong bipartisan leadership, Representatives Ann Wagner (R-MO), Joe Crowley (D-NY), and their colleagues introduced the Elie Wiesel Genocide and Atrocities Prevention Act (H.R.3030) in the House of Representatives on June 22.

Action Alert Will Your Senator Speak Out to Prevent Atrocities and Genocide? ›

The newly-introduced Elie Wiesel Genocide and Atrocities Prevention Act will expand the U.S. government’s ability to stop violent conflict before it starts.