You know that lobbying, writing letters to the editors, and emails to elected officials can influence what government does. Increasingly, though, Friends and those who share our concerns aren’t just lobbying for change – they’re making it themselves, by seeking elected office themselves.

Join us in conversation with two of these Friends: Jasmine Krotkov, a state representative in Montana; and Michael Snarr, a member of the Wilmington City Council (OH).

What led them to run for office? How do they approach their role as Quakers and stay faithful to their own leadings as well as their responsibility to their constituents? How has their experience being lobbied affected their own advocacy? And how can you engage with people seeking office in your community right now to elevate the issues of concern to you? 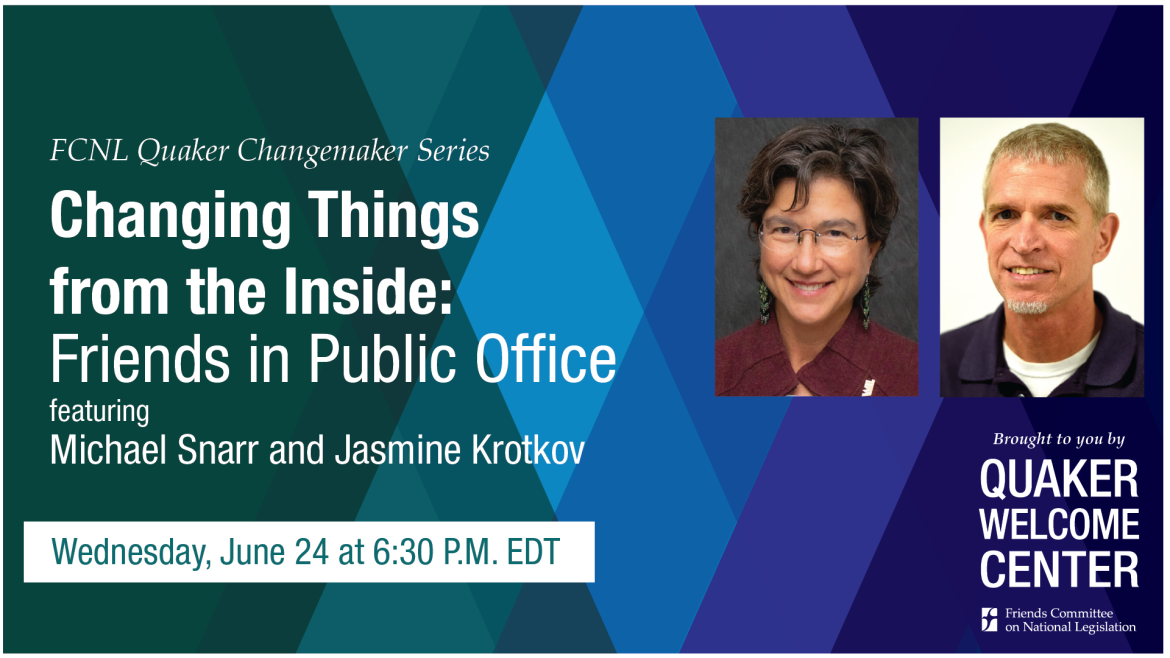 Jasmine Krotkov has had a varied and service- oriented career. She currently represents the 25th district of Montana in the state legislature.

Previously, she spent 20 years working with the U.S. Postal Service. She has also spent time in Nepal researching how refugee communities influence and are influenced by agricultural practices and ecosystems.

He is the co-author of the 2019 book Faithful Witness in a Fractured World: Models for an Authentic Christian Life and has co-edited several political science textbooks.