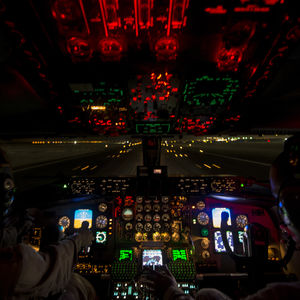 President Donald Trump is proposing massive increases in Pentagon spending. Lamenting that “we never win wars anymore,” the president sought a $30 billion increase in the Pentagon’s budget this year, to be followed by $54 billion more next year. In Congress, leaders on the Armed Services committees have proposed a $100 billion increase for next year.

Deadline: Friday. That's when the government will shut down, unless Congress reaches a deal on federal spending. Negotiations are tense and ongoing, but the message your members of Congress needs to hear is simple: Don't pour more money into our country's militarized approach to foreign and domestic policies. 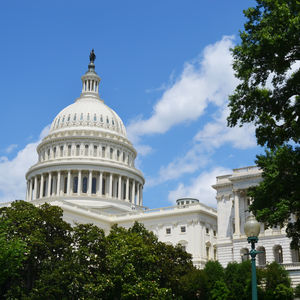 We're excited to sponsor and participate in Ecumenical Advocacy Days, a gathering of hundreds of people of faith for advocacy and education. This year's theme is Confronting Chaos, Forging Community.

Action Alert Too Much for War. Not Enough for Peace ›

Our country has a bad habit of excessive military spending, and we’re all paying for it — through our taxes and through foreign policy that relies too heavily on military options.

The U.S. Air Force just dropped the largest non-nuclear bomb in its arsenal in Afghanistan – the first time a MOAB (also known as "Mother of All Bombs") has been used in combat. This is a significant escalation of the U.S. war in Afghanistan, more than 15 years after the U.S. invasion.

More bombs won't end the crisis in Syria. After more than six years of war, with millions displaced and a death toll of nearly half a million people, it's clear that there is no military solution to this crisis.

The Trump administration’s missile attack against Syrian government airfields will do nothing to end the bloodshed and violates U.S. and international law. The Friends Committee on National Legislation urges Congress to step forward from the sidelines and reassert its constitutional authority by voting to stop the U.S. from widening the war in Syria.

Update Representatives Stand Up Against Unchecked Military Escalation in Syria ›

As the United States intensifies its use of military force in Syria, Iraq, Yemen, and Somalia, FCNL welcomes representatives' bipartisan efforts to push back against endless, unauthorized war.

We are shocked and saddened by the horrific chemical weapons attack on civilians in Syria. Our hearts go out the victims, their community, and the Syrian people who have witnessed years of destruction.

In just one week, three U.S.-led airstrikes killed more than 280 civilians. Two hundred eighty people were going about their lives in a mosque in Syria on March 16, a neighborhood in Iraq on March 17, and a school in Syria on March 21 when bombs dropped by a U.S.-led coalition killed them.