On April 4, the House passed H.R. 1585, a bill to reauthorize the Violence Against Women Act (VAWA). This is a significant win, especially for Native American women!

We need your help! The House will vote tomorrow to reauthorize the Violence Against Women Act (H.R. 1585) or VAWA. Not only does this bill secure vital funding for victim services, it also expands tribal jurisdiction to prosecute non-Native American perpetrators of violence.

Letter Statement to the House Judiciary Committee Pertaining to H.R. 1585, the “Violence Against Women Reauthorization Act of 2019."

The Friends Committee on National Legislation urges members of the House Judiciary Committee to support the Violence Against Women Reauthorization Act of 2019 (H.R. 1585) and its effortsto address violence against Native women. 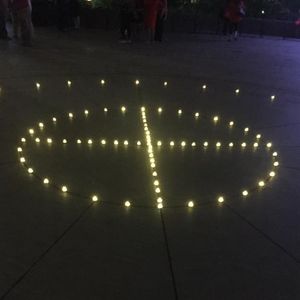 On January 15, FCNL sent this letter to Senate staff outlining the impacts of the longest lapse in federal funding in history and urging Congress immediately pass bipartisan, responsible spending bills.

Washington, DC – The Friends Committee on National Legislation (FCNL) welcomed the passage of Savanna’s Act (S.1942) by the Senate. The bill is now headed to the House for their approval. Savanna’s Act is named after Savanna LaFontaine Greywind, a Dakota woman eight-months pregnant who went missing and was found brutally murdered in August 2017.