What We're Reading on Yemen

On the eve on President Trump's trip to Saudi Arabia, voices opposed to US complicity in the Saudi war in Yemen are multiplying. Sens. Todd Young and Chris Murphy spoke out on the Senate floor, Rep. Pocan spoke up in the pages of the Washington Post, and numerous experts published articles opposing the Saudi arms deals.

Trump may be helping to create a famine in Yemen. Congress could stop him., Congressman Mark Pocan, The Washington Post

"Trump has an opportunity to save millions of innocent lives — this may be the most consequential deal he has ever negotiated — and there’s every reason to worry that he’ll botch it by handing away billions of dollars in arms without extracting any concessions from the Saudis... If Trump’s deal with the Saudis ignores the suffering of millions of Yemenis on the brink of starvation, I can assure you that members of Congress will act swiftly, using every tool at our disposal — from blocking weapons shipments to forcing a debate and vote on U.S. military involvement in Yemen — to end this incomprehensible tragedy."

"Under bipartisan resolutions recently introduced, the Senate and the House have an opportunity to block the sale to Saudi Arabia of precision-guided munitions, which otherwise likely would be used to attack targets in Yemen, including perhaps Hodeida port. Saudi Arabia has disregarded earlier U.S. efforts to minimize civilian casualties in its bombing campaign in Yemen, and has repeatedly used these so-called "smart bombs" to hit civilian targets."

"The human rights arm of the American Bar Association has sent the Senate a legal analysis saying that President Donald Trump’s plan for an arms deal with Saudi Arabia worth more than $100 billion would be illegal because of the Saudis’ role in the ongoing conflict in Yemen. ... [Michael] Newton, in his 23-page opinion, said the strikes have continued “even after Saudi units received training and equipment to reduce civilian casualties. Continued sale of arms to Saudi Arabia ― and specifically of arms used in airstrikes ― should not be presumed to be permissible” under the two statutes covering most sales of military equipment by the U.S government to foreign nations, he said."

"Yet, selling these bombs will push Yemen closer to famine even if they are not used against civilian targets. Yemen’s food and health crisis can only be truly addressed when the parties agree to a political settlement, and right now none of them have an incentive to compromise. Just a month ago, Saudi Defense Minister and Deputy Crown Prince Mohammed bin Salman noted that “a long war is in our interest,” citing support from the U.S. and other international partners. The Kingdom is reluctant to end the conflict with anything but a clear win, no matter how many Yemenis die. Selling precision-guided bombs doesn’t just signal unconditional support for this reckless strategy; it puts an American stamp on starvation in Yemen."

What Trump should not do when he meets Saudis, William Hartung, CNN

"No good can come from a greater US role in the Yemen war. If President Trump wants to promote security in Yemen and the region, he should hold back on the sale of laser-guided bombs that can be used in the Saudi bombing campaign, as members of Congress led by Sen. Chris Murphy, D-Connecticut, have suggested. And he should push for a cease-fire that restrains the UAE from going ahead with its proposed attack on the port of Hodeida. As Nadwa al-Dawsari of the Project on Middle East Democracy has noted, a successful peace agreement in Yemen will ultimately depend on bringing in other parties beyond the Houthi and Saudi coalitions. But a cease-fire and a suspension of US support for the Saudi bombing campaign are the most urgent priorities."

"Sen. Young confirmed that the Saudi-led coalition continues to be responsible for an average of approximately two weeks of additional delays to humanitarian shipments into the port of Hudaydah after vessels are cleared by the United Nations Verification and Inspection Mechanism (UNVIM) for Yemen. Sen. Young said during his remarks: 'Think of it: Your children are starving to death. Perhaps your entire village is starving to death. And, you have a delay of an additional 16 days in humanitarian shipments. Think of the impact that has on security in the region as desperate people are forced to take desperate measures to associate themselves with bad actors in the area. It's certainly troubling to me.'"

Will you write a letter to the editor today urging your lawmakers to block bomb sales to Saudi Arabia?

Learn more with these resources:

Press Release 47 Senators Say No to Weapons of Mass Starvation ›

FCNL applauds the 47 senators who voted today to block the sale of U.S. weapons to Saudi Arabia. The growing Senate opposition to this sale sends a strong signal that U.S. backing for the Saudi-led coalition’s indiscriminate killing of civilians and de-facto blockade in Yemen must end.

With the U.S. military already fueling Saudi jets in Yemen, the White House is considering an escalation, from further intelligence sharing to possible direct US military intervention in the Yemen war. Congress can stop the U.S. from fueling the bloodshed in Yemen.

Tell Congress: Vote for SJ Res 42 and HJ Res 102 to block the bombs

Legislators are gearing up to block a bomb sale to Saudi Arabia. Blocking the sale would prevent the U.S. from aiding and abetting the bloodshed in Yemen that has killed over 10,000 Yemeni civilians and left 7 million Yemenis hungry.

Your calls made a difference! 55 Representatives released a bipartisan letter to President Trump, calling on him to come to Congress before taking military action in Yemen.

While Saudi Arabia bombs hospitals, schools, and other civilian areas in Yemen, the U.S. is set to finalize a $1.15 billion arms deal with Riyadh.

FCNL in the News A Call to End U.S. Arms Sales To Saudi Arabia 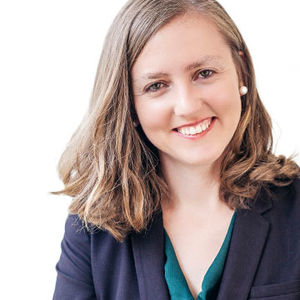 FCNL Lobbyist Kate Gould describes the vote on blocking bombs to Saudi Arabia as "one of the most consequential war-and-peace votes to go through Congress this year" in an interview with Giulia McDonnell Nieto del Rio in LobeLog.

Kate Gould of FCNL told the Middle East Eye that she expects a much higher vote count in the senate against the U.S. weapons sale to Saudi Arabia this time. House letters and Murphy's bill in the senate are indicative of a shift in how Congress views the Saudi war.