The political campaigns and debates leading up to the November 2020 national elections are challenging the notion that candidates running for Congress or the presidency have seen the 10-foot sign on the front of the FCNL Building that reads, “Love Thy Neighbor (No Exceptions).” 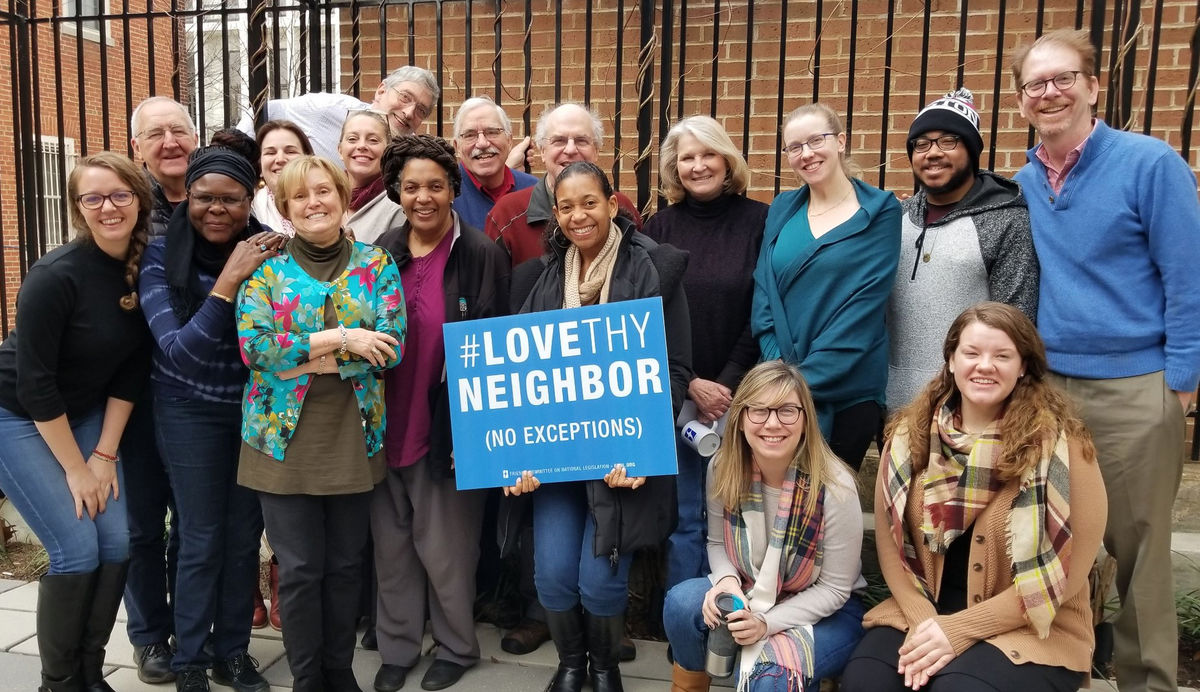 Loving thy neighbor, after all, also includes engaging with people running for public office, no matter their political party, during the 2020 elections.

Since the 1600s, Quakers have worked to influence government. We encourage everyone to use this election year to talk to your neighbors about the priorities of our FCNL community and to reach out to candidates to ask them questions and influence their agendas. What these candidates hear during the election season will shape public policy for years to come. How we ask the questions is equally important. Disagreements over policies and debates exist and are important, but much of the campaigning and the media coverage focus on style rather than substance, on how one candidate tears down another, or what opinion polls reveal about decisions that are many months away.

Adding to these challenges, problems like voter suppression, the influence of money, and the polarization of the public debate, make campaigning difficult for those who participate. They drive more and more people to simply turn away from the political process. When people don’t vote, our democracy is weakened.

You can read more of this article, and the rest of the January-February Washington Newsletter, below.

The political campaigns and debates leading up to the November 2020 national elections are challenging the notion that candidates running for Congress or the presidency have seen the 10-foot sign on the front of the FCNL Building that reads, “Love Thy Neighbor (No Exceptions).” 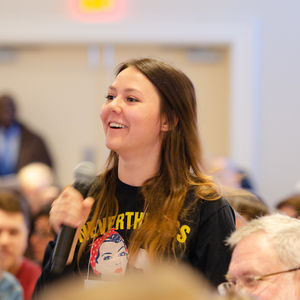 The 2020 elections will lay the groundwork for FCNL’s advocacy for peace and justice in the next two years. FCNL is a nonpartisan organization. We encourage you to raise FCNL’s legislative agenda by asking candidates any of the following questions: 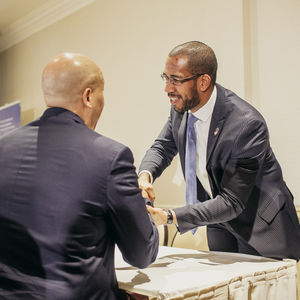 As the November 2020 election approaches, political candidates are hosting town halls, talking to voters, and listening more closely to constituents.

This has been an inspiring time in Washington, D.C.! We have been riveted by our baseball team, the Washington Nationals, who unexpectedly made it into the playoffs and won the World Series! I became a big fan of this team. That they won and that I became so invested is testament that change can happen.

Background Elections Are the Bedrock of Democracy ›

We caught up with Lon Burnam and discussed Quaker beliefs, election security, and the health of our democracy. Burnam was a Friend in Washington in 2015 and served as state representative for District 90 in Texas. He was first elected in 1996 and served until 2015.