Support the Message that Torture is Wrong. Always.

Today, the Senate Intelligence Committee voted to move forward with the nomination of Gina Haspel for director of the CIA. As you may know, Gina Haspel has a record of overseeing torture by the CIA and destroying evidence related to the program.

Following the Intelligence Committee’s vote today, we are shifting our focus to convincing the rest of the Senate to vote down her nomination. The Senate needs to send a clear signal to the rest of the world that torture is wrong. Always.

Can you help ratchet up the opposition to this nomination by making a gift to support FCNL’s work? Thanks to a generous group of donors, your gift will be matched dollar for dollar (up to $135,000) if you give before June 30.

Over the past few weeks, we’ve been pulling out all the stops to oppose Haspel’s nomination. On May 4, we launched ads in four key swing states to pressure senators to oppose the nomination. People across the country have been contacting their members of Congress and writing op-eds and letters to the editor. 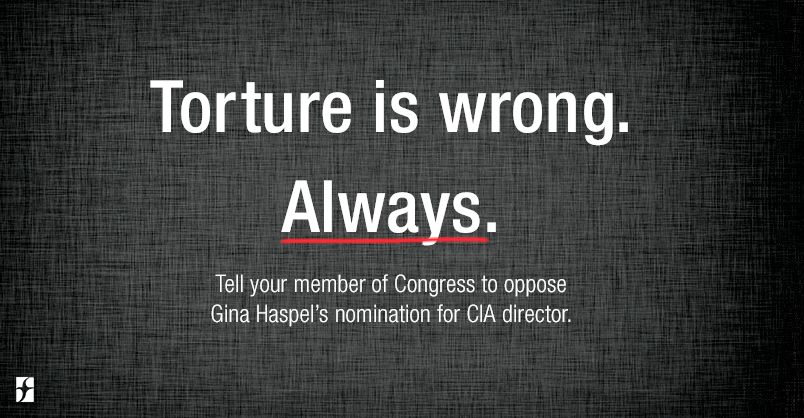 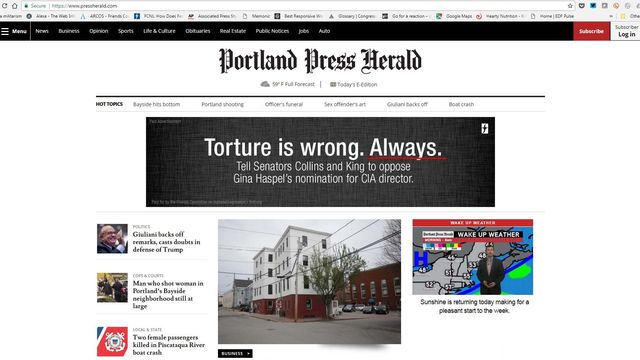 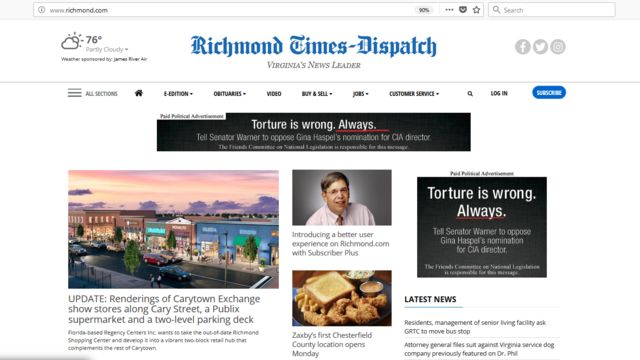 Now, we need you to help strengthen our opposition to Gina Haspel’s nomination by making a donation today.

There's no doubt that opposing this nomination is going to be difficult. With five Democratic senators already saying they will support the Haspel nomination and only one Republican, Rand Paul, firmly opposing her nomination, she could well be confirmed. But we need to make sure as many senators as possible say no to torture by voting against her confirmation when her name is brought to the Senate floor next week.

As we’ve said all along, this isn’t just about Gina Haspel. This is about whether or not the United States is committed to saying torture is wrong. We cannot promote someone to head the CIA who supervised a black site where at least one detainee was tortured and then participated in the destruction of the videotaped evidence of that torture.