A repeal of the ACA risks deepening the racial health gap in the U.S

On Thursday the 29th of June, several advocates gathered in front of the Capitol for an interfaith healthcare vigil on Medicaid.

The vigil, which lasted for 23 hours straight, was a space where people of different faiths congregated to call on their senators to oppose the Senate healthcare bill, which would destroy Medicaid as we know it.

Among those to make an appearance, was Reverend Barber, who raised an important issue: we have not been “lifting up race” [in the healthcare debate].

In truth, race plays a significant role in one’s access to healthcare. A study looking at the correlation between race and health coverage noted that 55% of the non-­elderly uninsured people in the U.S. are people of color. While it is easy to take this percentage at face value and call it a day, such a disparity requires further analysis.

Access to healthcare is directly related to wealth – and wealth isn’t as easy for people of color to obtain as it is for their white counterparts. Whether it is discriminatory education policies, housing policies, or employment policies, throughout history, people of color have been systematically barred from upward mobility in the United States.

The consequences of such disenfranchisement are that people of color are more likely to forgo needed healthcare due to high costs.

Fortunately, the Affordable Care Act (ACA) began to address a lot of the racial disparities in healthcare. Through the Medicaid expansion, Medicaid was made accessible to all individuals below 138% of the poverty line ($27,821 for a family of three in 2016), in 31 states and the District of Colombia. This expansion mostly impacted people of color.

While the expansion has made huge strides in improving racial inequality, Reverend Barber reminded the crowd to think deeply about why it is, that states with large Black populations such as Texas, Florida, and Georgia, refused to expand Medicaid under the ACA. Or why it is, that the Senate would push for a bill that would constrict a program which has proven to be helpful to communities of color.

The answer, according to religious leader and avid healthcare advocate, Sister Simone Campbell, is racism. During the vigil, she expressed her hope that “the racism that is in that bill gets broken open.”

Today, more than half of the people on Medicaid are people of color. If federal funding is capped for Medicaid in states, and if Medicaid expansion is rolled back, these same individuals are at risk of losing access to healthcare.

As we continue to lift up the details of the Senate healthcare bill, it is important to remember the communities that this bill will disproportionately hurt. An attack on affordable healthcare is indeed an attack on people of color. 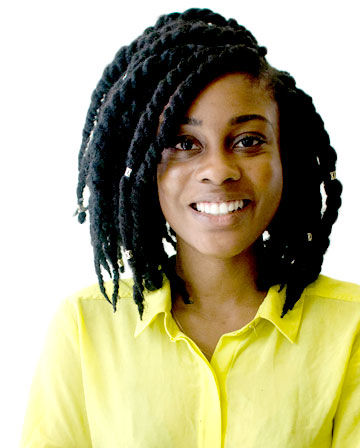