The Senate failed to garner enough votes on a motion to proceed on a vote to overturn the Bureau of Land Management’s Natural Gas Waste rule. This Obama-era regulation sought to limit the venting and flaring of methane from the oil and natural gas industries on public and tribal lands. 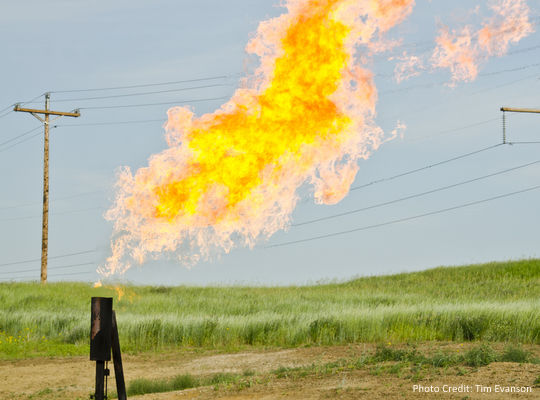 Methane is a greenhouse gas at least 25 times more potent than carbon dioxide. Nationwide, the U.S. loses about $2 billion worth of natural gas every year through preventable methane leaks and intentional releases through venting and flaring. Other toxic pollutants in the natural gas mix are also released, including benzene, toluene, ethylbenzene, and xylene, which cause asthma and other smog-induced respiratory problems.

Earlier this year, the House voted to overturn the rule. The vote today in the Senate, which failed 49-51, was critical for protecting our natural resources, public health, and climate.

FCNL thanks the constituents around the country who called their members of Congress in support of upholding this rule.

We thank the Senators who voted to uphold the rule: John McCain (R-AZ), Susan Collins (R-ME), Lindsey Graham (R-SC), and all of the Democrats and Independents.