The National Congress of American Indians (NCAI) held their Tribal Unity Impact Days on Sept. 10-11. Leaders gathered in Washington, D.C. to lobby Congress on tribal policy and hear directly from members of Congress on their work for Indian Country. The reauthorization of the Violence Against Women Act (VAWA) continued to be a major topic of concern for both members of Congress and tribal advocates, along with funding for healthcare, housing, and infrastructure.

Sept. 13 marked the 25th anniversary of the passage of VAWA. To honor this occasion, NCAI and the National Indigenous Women’s Resource Center held an event outside of the Capitol on Sept. 11 calling for the reauthorization of VAWA . The event featured speeches from tribal leaders and Reps. Deb Haaland (NM-1) and Tom Cole (OK-4).

Given that the Senate is currently negotiating its own version of VAWA, now is a crucial time for advocacy. Urge your senator to ensure that VAWA includes provisions to restore tribal jurisdiction over non-Indian perpetrators. 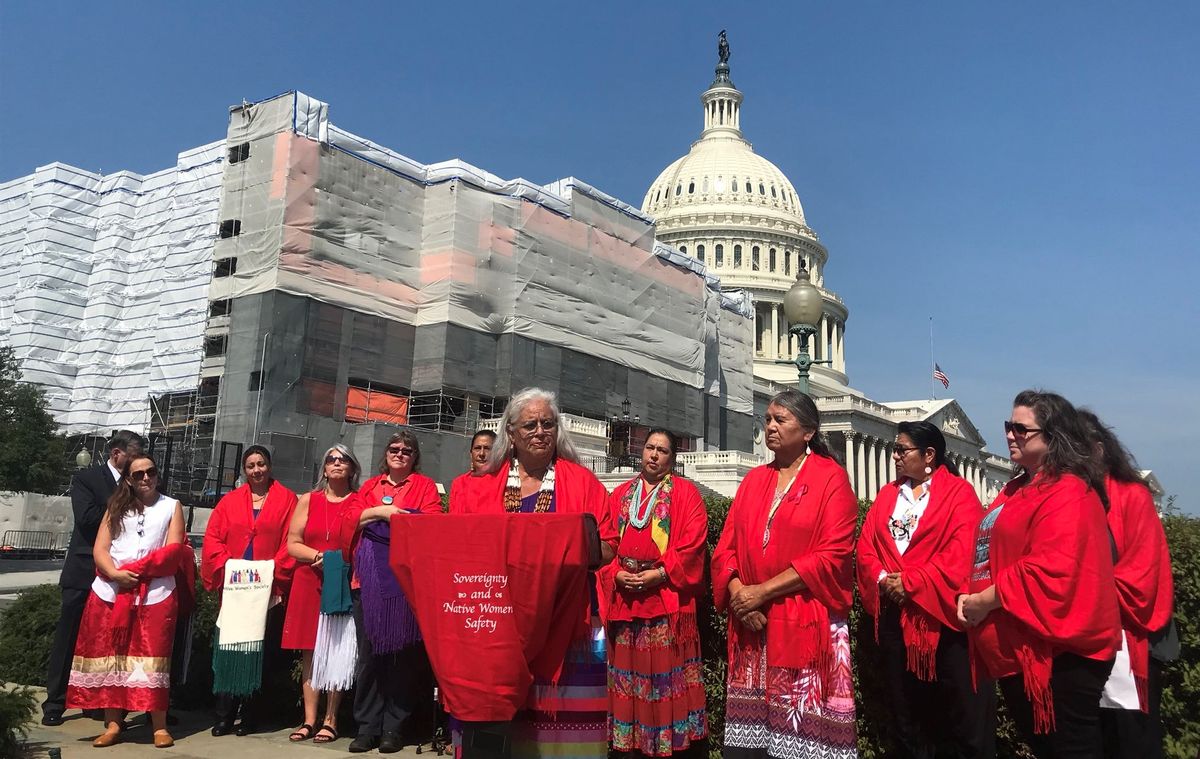 Tribal leaders gathered to call for the reauthorization of VAWA. Alex Frandsen / FCNL

The House Subcommittee for Indigenous Peoples of the United States held a hearing on Sept. 11, on the Trump administration’s approach to the crisis of Missing and Murdered Indigenous Women (MMIW). Representatives from the Department of Health and Human Services, the Bureau of Indian Affairs, and the Department of Justice discussed strategies they had implemented following the December 2018 hearing on the MMIW crisis. It appeared, however, that little has changed since that last hearing.

The Senate is currently working on the fiscal year 2020 budget, which includes the Commerce, Justice, Science, and Related Agencies spending bill. This bill is crucial because it decides the funding allocated to tribal victims services. The House already passed their version of the spending bill with a 5 percent tribal set aside in the Crime Victims Fund. We urge the Senate to include this same set-aside in its bill.

Kerri Colfer (Tlingit) joined the FCNL team this month as the new Congressional Advocate on Native American Policy. Kerri holds a B.A. in English literature from Brown University and a J.D. from Temple University. Prior to working at FCNL, Kerri worked in the Temple Legal Aid Office in Philadelphia, helping clients in both disability and family law matters. She will be taking over the Native American policy program at the end of November from Lacina Tanquodo-Onco (Shinnecock/Kiowa), whose term will end. Welcome to the team, Kerri!