On June 19, the Senate Committee on Indian Affairs heard testimony on five bills regarding the public safety of Native American communities.

These five stand-alone bills address many of the tribal provisions that were outlined in H.R. 1585, the 2019 reauthorization of the Violence Against Women Act (VAWA). They are: Savanna’s Act (S.227), Justice for Native Survivors of Sexual Violence Act (S. 288), Native Youth and Tribal Officers Protection Act (S. 290), Not Invisible Act of 2019 (S. 982), and BADGES for Native Communities (S. 1853).

These bills address the lack of jurisdiction given to tribal authorities, as well as the threats to Native American public safety posed by non-Native perpetrators of violence. 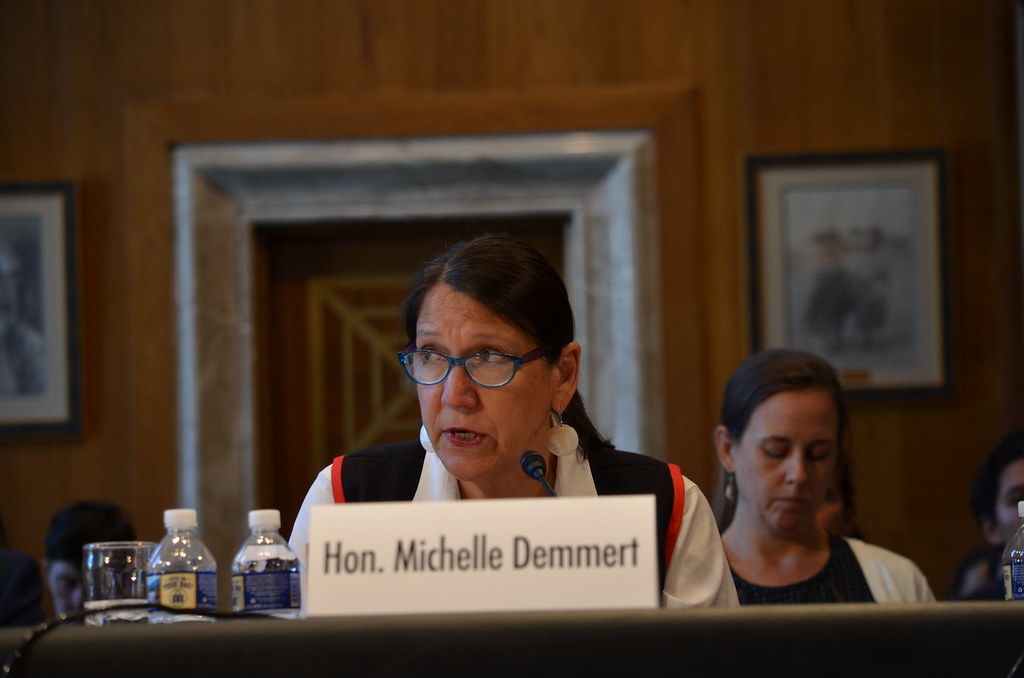 During the hearing, Sen. Steve Daines (MT) announced plans to introduce two new bills on the Senate floor: the Finding and Investigating Native Disappearance Act (FIND) (S. 1893) and the Tribal Reporting and Accountability to Congress Act (TRAC) (S.1892). Both bills relate to the crisis of missing and murdered Indigenous people.

A five percent set-aside of the Crime Victims Fund was also included, totaling $142 million for tribes. The Crime Victims Fund provides grants for victim services such as mental health services, victims advocacy, and cultural healing practices. One spending bill included an amendment from Reps. Gwen Moore (WI-04), Sharice Davids (KS-03), and Deb Haaland (NM-01) that would increase funding to the Office on Violence Against Women. The $10 million increase will enable tribal governments to exercise jurisdiction over domestic violence cases and is crucial for the protection of Native victims of violence.

Our work now turns to the Senate, which will craft its own version of these spending bills.