On April 4, the House passed H.R. 1585, a bill to reauthorize the Violence Against Women Act (VAWA). The bill included several strong provisions for Native American women. It would expand tribal jurisdiction over non-Indians to include crimes of sexual assault, stalking, sex-trafficking, and child abuse. The bill also contains Savanna’s Act, a bill from the 115th Congress. It addresses the crisis of missing and murdered Indigenous women by improving responses to cases and data collection. 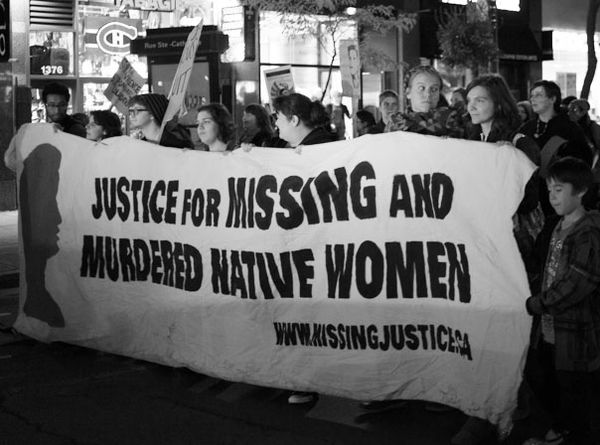 Native American women are facing a crisis of violence. More than 80 percent have experienced violence in their lifetimes, and nearly half have experienced sexual violence at the hands of a non-Indian assailant. Often these assailants face no repercussions and victims are left in unsafe situations.

Thanks to the persistent work of advocates, these victims found some degree of safety and justice through the special domestic violence criminal jurisdiction. This was established when VAWA was last reauthorized in 2013. The protection it offers is extremely limited. H.R. 1585 would fix that, by expanding crucial protections to ensure the safety of Native American women, and entire communities.

Now H.R. 1585 now moves to the Senate for a vote. With your help, we can make sure the Senate prioritizes the safety of Native American women. Contact your Senators today and urge them to pass a strong VAWA reauthorization that expands tribal jurisdiction and includes Savana’s Act!

The president’s budget request increases the IHS budget by $140 million but cuts funding for a home-services program by $39 million. The committee chairwoman, Betty McCollum (MN-04), said that the $140 million increase “does not even cover the cost of inflation and other fixed costs, and it falls far short in addressing the health care needs of our Native brothers and sisters.”

Congress has treaty and trust obligations which require them to provide vital healthcare services to tribes. The recent government shutdown prevented Congress from meeting these obligations. It not only affected Indian Health Services, but also put thousands of lives at risk. Advocates are pushing for advanced appropriations for programs serving Indian Country to prevent harmful delays and cuts to healthcare services.