In August 2017, Savanna LaFontaine Greywind, a Spirit Lake Dakota and Turtle Mountain Chippewa woman, went missing and was found brutally murdered by her neighbor. The 22-year-old Savanna was eight months pregnant at the time. It took 8 days from the time Savanna was reported missing for law enforcement to discover her body. 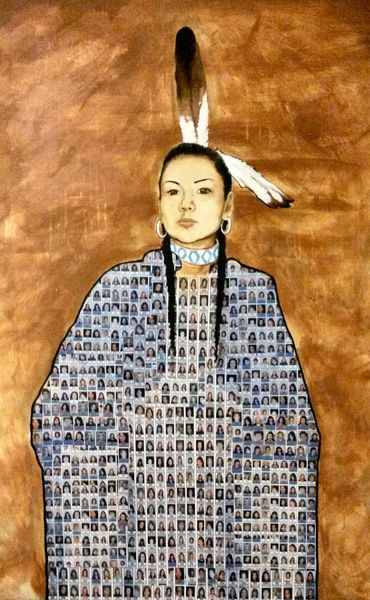 The crisis of missing and murdered Native American women is well-known in Indian Country, but their stories rarely make the headlines. To honor Savanna’s memory and bring awareness to this crisis, Sen. Heidi Heitkamp (ND) introduced Savanna's Act. The bill increases coordination and communication between State, Federal, Tribal, and local law enforcement agencies. It improves collection of data related to missing and murdered Indians including collecting tribal affiliation and enrollment information of victims. Savanna’s act also requires the Department of Justice to include statistics on missing and murdered cases in its annual Indian Country Investigations and Prosecutions report to Congress.

It is now pending passage in the House. There is still a chance that Savanna’s Act could pass this Congress and become law. Please contact your representative and ask them to pass Savanna’s Act this year!