It’s Time for Congress to Put an End to U.S. Complicity in the Saudi-Led War on Yemen

After more than five years of war, eight in ten Yemenis rely on international aid. Millions are facing starvation. Tens of thousands of children have died, succumbing to malnutrition or disease. With the spread of COVID-19, Yemen is now seeing what UNICEF calls an “emergency within an emergency,” as the disease is killing vulnerable Yemenis at what is by far the highest rate in the world. 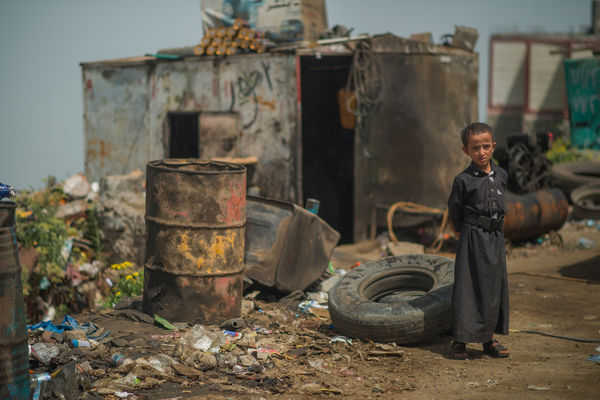 Yemen remains the world’s largest humanitarian crisis, according to the United Nations. Eighty percent of the population are in need of humanitarian assistance or protection. European Union 2018/Peter Biro/Flickr

In recent weeks, several new reports and congressional hearings have put the public spotlight back on America’s shameful complicity in this catastrophe. These recent developments underscore what’s been clear for years: Yemen can’t wait. Congress must use all the tools at its disposal to end U.S. military support for the Saudi-UAE led war in Yemen once and for all.

A U.N. report released on Sept. 9 found that by continuing to provide support for the Saudi-led coalition, the United States is “aiding and assisting” potential war crimes. The United States has played a central role backing the coalition, which intervened in Yemen in 2015 against the Houthis. The U.N. experts urged the Security Council to refer their findings to the International Criminal Court.

The U.N. report was followed up on Sept. 14 by a New York Times exposé that showed State Department analysts have internally expressed opinions that U.S. officials are legally culpable in war crimes in Yemen. Later that same day, CNN ran a story on the horrifying consequences of a major funding shortfall for aid programs in Yemen. The report focused on the Trump administration’s decision in March to suspend $73 million in USAID funding and documents the devastating effects of malnutrition on the Yemeni people.

With the spotlight back on Yemen, it’s critical that Congress use this opportunity to reassert its constitutional war authority.

Congressional interest in Yemen has also picked up steam in recent weeks. Legislators from both chambers sent letters to the administration calling for humanitarian aid to be restored. Additionally, at two recent congressional hearings, lawmakers reiterated calls to end U.S. support for the Saudi-led coalition. During a Sept. 11 House Intelligence Committee hearing, Chairman Adam Schiff called for assistance to Saudi Arabia to be conditioned on ending the war. At a House Foreign Affairs Committee hearing five days later, representatives expressed outrage over the administration’s move to bypass Congress and greenlight arms sales to the Gulf despite concerns that the weapons were being used to kill civilians in Yemen.

With the spotlight back on Yemen, it’s critical that Congress use this opportunity to reassert its constitutional war authority and end U.S. complicity in Yemen’s humanitarian tragedy. FCNL applauded the passage of a War Powers Resolution last year, which directed the president to end U.S. participation in the war. But although this vote was historic, President Trump’s veto and Congress’s failure to override means more must be done.

The Constitution is clear. Congress has the sole power to make decisions over war and peace. By forcing more votes to end U.S. participation and weapons sales for the war in Yemen, lawmakers can both end our involvement in this brutal war and reclaim their constitutional powers. The time for Congress to act is now. The lives of millions of Yemenis hang in the balance.

When crises break out in the Middle East, the U.S. too often turns to violence first. FCNL lobbies for nonviolent engagement in the Middle East to prevent, de-escalate and resolve longstanding conflicts. Political grievances contribute to instability and violence, so lasting peace in the region will require engagement with all stakeholders.

Bryan Bowman is the program assistant for Middle East policy. As a member of FCNL’s 2020-2021 class of Young Fellows, he is working to advance a more progressive U.S. foreign policy based on restraint, diplomacy, and peace. 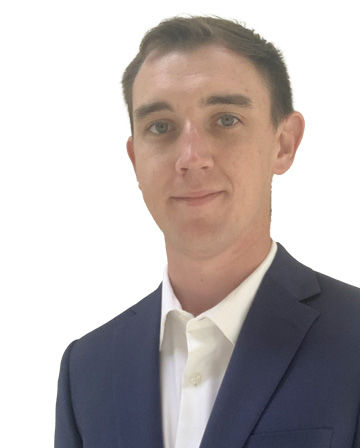