No Fossil Fuel Bailouts During the Pandemic

This week, the House Select Committee on the Climate Crisis released its long-awaited action plan. The report outlines steps to comprehensively address climate change while advancing economic and environmental justice for all. It aims to achieve net-zero carbon emissions by 2050.

The report details carbon pricing principles (which mirror some of our own) that should guide legislators as they work on policy solutions. It also recognizes that carbon pricing is not a silver bullet, and that there must be other complementary policies in place to fully decarbonize our economy and address environmental justice concerns. Tell your members of Congress to pass a carbon pricing bill!

The Great American Outdoors Act (S.3422) passed in the Senate on June 17 with strong bipartisan support. This bill would permanently provide $900 million in oil and gas revenues for the Land and Water Conservation Fund (LWCF). The LWCF helps conserve thousands of acres across the United States. Research shows that every $1 invested in the LWCF returns $4 in economic value from natural resource goods and services alone.

The bill is expected to pass the House after the July recess, and President Trump indicated that he would sign it into law.

The package contains many recommendations from the report released by the Select Committee on the Climate Crisis this week.

Americans Want Climate Action
Sixty-five percent of Americans believe that the government is doing too little to address climate change, according to a recent Pew Research Center survey. More than 70 percent of those interviewed also support a tax on corporations based on their carbon emissions.

Love Thy Neighbor and Protect Our Common Home
FCNL General Secretary Diane Randall and I wrote an op-ed on the need to act on behalf of vulnerable populations in our efforts to address climate change.

Emissions on the Rise
As countries start to loosen social distancing restrictions, millions are returning to the roads and avoiding public transportation. While researchers predict a 4 to 7 percent overall drop in emissions for 2020, this decline will do little to address climate change.

Constituent Spotlight
I recently spoke with members of the Takoma Park Presbyterian Church this month about the impacts of climate change on front-line communities. 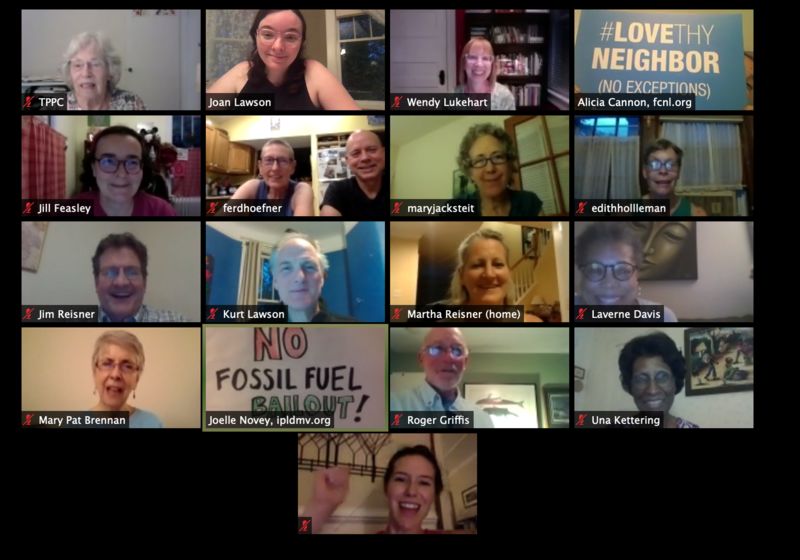