On April 3, FCNL’s Executive Secretary Diane Randall sent a letter to the Senate urging them to oppose the nomination of Gina Haspel for Director of the CIA.

While FCNL rarely takes a stance on nominees, Ms. Haspel’s extensive involvement in the CIA’s torture program leads us to believe she is the wrong choice to hold this position. Below is the letter from Diane Randall to all members of the Senate.

I write on behalf of the Friends Committee on National Legislation to urge you to oppose the nomination of Gina Haspel for CIA Director.

As a Quaker organization, we expect our government to uphold the rights and liberties of each person, regardless of citizenship status, as set forth in the Constitution and the Universal Declaration of Human Rights. FCNL’s statement of legislative policy, developed by Quakers across the country, states specifically that “we oppose torture in all circumstances. We call on law enforcers to adhere to the highest standards of civil liberties and due process.”

Credible reports show that in 2002, Ms. Haspel ran a CIA black site prison in Thailand where multiple terrorism suspects were subjected to waterboarding and brutal interrogation techniques. Torture is immoral. It has no place in any of our government’s policies or programs. We also maintain that torture is illegal now and was illegal under U.S. and international law when the U.S. engaged in these practices.

In addition to participating in this program, Ms. Haspel was directly involved in the destruction of evidence of the interrogations that took place at the Thailand black site. This was done despite previous orders not to destroy the 92 tapes without approval from the White House.

While some of the details of Ms. Haspel’s past are still classified or contested, the hard information already before us overwhelmingly disqualifies her for the position of CIA Director. We must not allow Gina Haspel, or anyone complicit in the United States’ torture program, to be appointed as a leader of our government. The United States cannot pretend that this shameful part of our history does not exist— nor can we simply rely on the hope that it will not happen again.

Someone who willingly oversaw implementation of the CIA’s immoral and illegal torture program has no place running the very same agency which committed these crimes. What signal do we send to the rest of the world if Ms. Haspel, instead of being held accountable for overseeing the torture of human beings and covering up these abuses, is approved as the next director of the CIA?

As an organization, we rarely take a stance on nominations, having opposed only three within the last 13 years. However, given Ms. Haspel’s deep involvement in the CIA’s torture program, our faith demands that we express our strong opposition to her nomination.

The Friends Committee on National Legislation and our nationwide network urge you to oppose the nomination of Gina Haspel for CIA director. 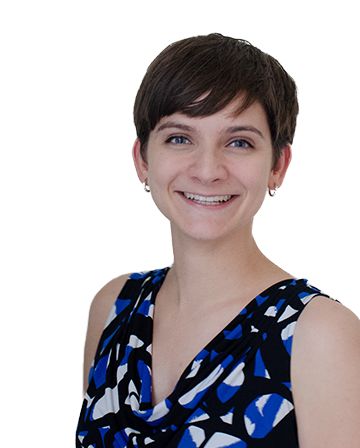