Falling at the First Hurdle: The Global Fragility Strategy

The Global Fragility Act (P.L. 116-94) is a decade-long effort to prevent violence and fragility globally. The first stage of the act—a whole-of-government 10-year strategy to prevent conflict and reduce instability—was due to Congress on Sept. 15, 2020. But the Trump administration has failed to clear the very first hurdle.

As part of the Global Fragility Act (GFA) Coalition, FCNL and thousands of our grassroots advocates worked for years, holding dozens of meetings with legislators and sending nearly 10,000 letters to Congress. In December 2019, our efforts came to fruition when the bill was signed into law.

The GFA lays out an innovative approach to addressing the root causes of state fragility and violent conflict through diplomacy and development, limiting the temptation to engage in costly military interventions. It requires the president—working with the secretary of state, the administrator of USAID, and the secretary of defense—to establish a comprehensive and integrated 10-year Global Fragility Strategy to address the long-term causes of fragility and violence.

The problems that the GFA addresses are only increasing due to the COVID-19 pandemic.

But what was submitted to Congress—a mere six-page outline of what a future strategy will include—falls far short of the law’s requirements and causes major delays at a crucial time when global fragility is on the rise.

While we welcome the goals and objectives outlined in the report, we urge the administration to devote the resources to promptly complete the analysis, policy development, and prioritization to finalize the strategy and prevent further delays in its execution.

After submitting the initial Global Fragility Strategy, the administration is required to select at least five priority countries or regions where the new approach will be piloted. It must then draft 10-year plans for the execution of the strategy in each country. These plans are due by Dec. 20, 2020.

The problems that the GFA addresses are only increasing due to the COVID-19 pandemic. We recognize that this global health emergency has disrupted the processes and priorities of many U.S. agencies working to draft a comprehensive new strategy, contributing to the delays in the report.

We urge the administration to submit the finalized Global Fragility Strategy without further delay.

However, the pandemic has wrought many more consequences in fragile states, by fracturing community solidarity, breaking down citizens’ trust in their government, and devastating economies, all while armed groups are exploiting these weaknesses to expand their power.

For example, before the pandemic, Burkina Faso already faced severe political instability and ongoing violence from extremist groups, which caused it to fall 13 places on the Global Peace Index in the last year. However, government restrictions in response to COVID-19 have shattered the economy and tripled the need for emergency food aid in the country. Now, over 3.3 million people are facing starvation.

Exacerbating all of these issues is the violence that is forcing more and more people off their farms, decreasing the available food supply. Early this year, Amadou Tamboura fled his farm after an attack by violent extremists, who killed four of his 14 children. Now he must rely on a single small meal a day, provided by the government. Tamboura told the New Humanitarian, “Sometimes the kids say they’re hungry, but I don’t have anything to feed them. I just tell them it will be okay, and to go to sleep.”

Recent data modeling shows that 13 more countries are likely to see new conflicts over the next two years. Fragile states today critically need the dedicated, coordinated, long-term support that the Global Fragility Strategy would guide and prioritize. We urge the administration to do the hard work necessary to develop a detailed and comprehensive strategy, select priority countries, and submit the finalized Global Fragility Strategy without further delay. 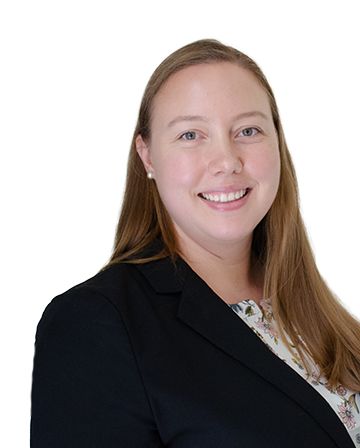