Elections Are the Bedrock of Democracy

We caught up with Lon Burnam and discussed Quaker beliefs, election security, and the health of our democracy. Burnam was a Friend in Washington in 2015 and served as state representative for District 90 in Texas. He was first elected in 1996 and served until 2015. 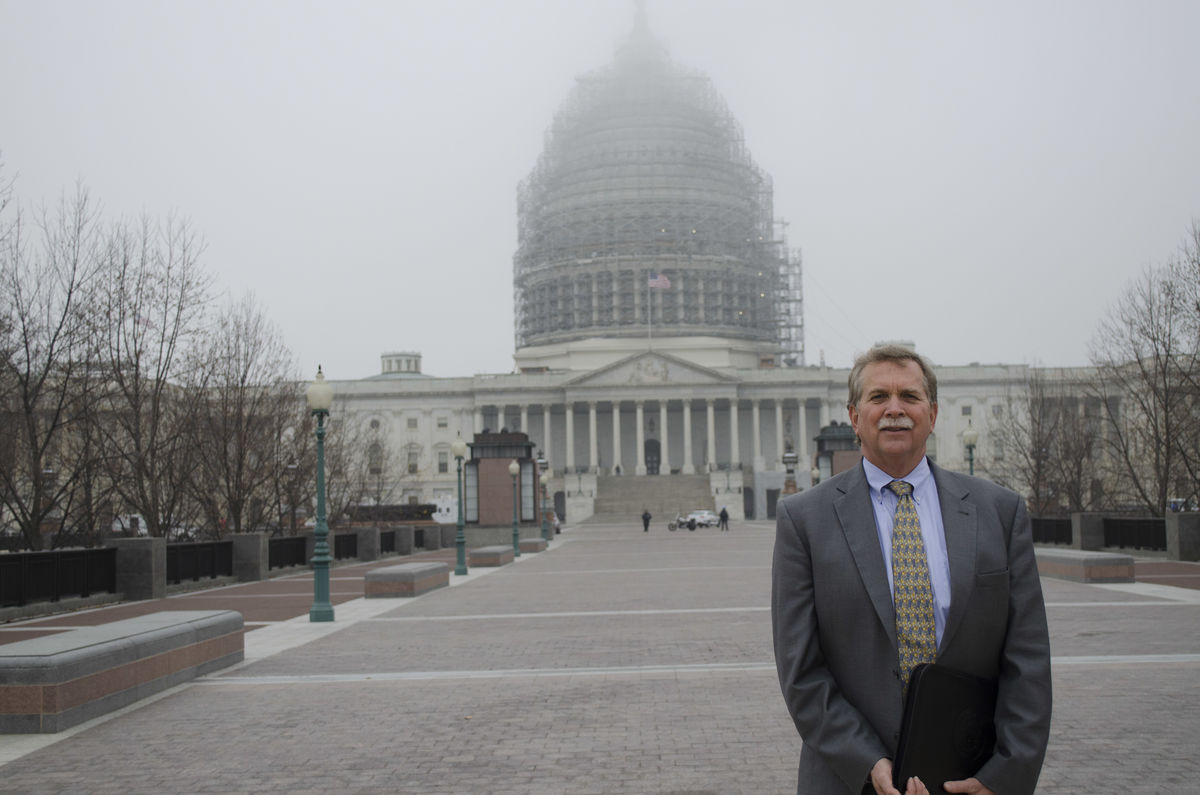 Why are elections important, especially to you as a former Texas state legislator?

Elections are incredibly important—all of them, national, local, and state. They are the bedrock of our democracy. That is one of the reasons I and several local volunteers in the 2018 elections started a local group dedicated to increase voter registration and turnout in local elections.

What were you doing before you ran for the Texas legislature?

I have been a community organizer and election campaign volunteer since high school. I was director of the Dallas Peace Center before I ran for office. I served as state legislator for 18 years (1997-2015), using my position as an organizing tool for a broad range of concerns.

How did you express your Quaker beliefs during your time at the Texas House of Representatives?

I tried to bring a Quaker perspective to all that I did as a legislator. A framed poster of the FCNL’s “We seeks” hung prominently in my office and it was the starting point for discussion in all my staff retreats.

The struggle to protect, enhance, and promote the right to vote is never-ending and is fundamental to Quaker values.

Why are Quakers politically involved?

Most Quakers, to one degree or another, feel led to make this a better world to live in and embrace the action part of our shared values.

The gutting of the Voting Rights Act has made it more difficult for people of color to participate in elections. How can we help them overcome that?

The struggle to protect, enhance, and promote the right to vote is never-ending and is fundamental to Quaker values. I think it is particularly important to work with organizations like the National Association for the Advancement of Colored People (NAACP) and the League of United Latin American Citizens (LULAC), which are led by people of color and are committed to this struggle.

What do you think of governments interfering in elections?

Our national government interferes with other countries’ elections, and we have helped overthrow legitimately elected governments (e.g. most recently, Bolivia). It would be naive to think the same is not done to us. I am reminded of the Golden Rule: “Do unto others as you would want them to do unto you.”

How do you get young people to register and then vote in the 2020 elections?

I helped organize our county’s chapter of The March to the Polls, a north Texas-based group dedicated to giving civics lessons and registering high school seniors throughout the region. We also conduct voter registration where the 20- somethings are likely to gather.