Destroyed in a Flash 73 Years Ago

On Aug. 6, 1945, Little Boy was dropped in Hiroshima. Three days later, U.S. planes dropped Fat Man in Nagasaki. We interviewed our current Friend in Washington, Diana Wickes Roose, who talked with several victims in Japan. In her June-August 2018 residency at FCNL, she wrote for a book on FCNL’s 75th anniversary and conducted research on the militarization of local police. 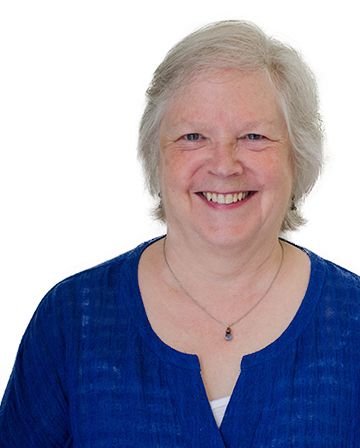 What made you interested in atomic bombs and the arms race?

When I received a grant to travel to Japan to interview the survivors of the atomic bombings of Hiroshima and Nagasaki, I learned about the human cost of atomic bombs. Those bombs were miniscule compared to the nuclear weapons we have today. We can now destroy the world many times over.

You were among the first radio journalists to interview nuclear bomb survivors. What motivated you to interview them?

I had just completed a radio series on the effect of nuclear weapons on American culture, “Shadows of the Nuclear Age”. We talked to many Americans, but not to the people who had been most directly affected by the bombs, the survivors of Hiroshima and Nagasaki. This was a crucial missing piece. In 1980, I was one of three journalists awarded a grant to go to Japan to interview survivors.

What stories stayed with you until today?

Most of the survivors had never told their stories to anyone outside their families, so it was very painful for them and for me. Tsutomo Masuda, for example, was an art teacher who lost most of his young students in the bombing. He painted many searing pictures and poems illustrating his feelings and experiences. I can still see them in my mind’s eye.

What did you do with those stories?

After I made several radio programs, I met a college drama teacher who used the stories in a play. “Ghosts of Hiroshima” toured Ohio for several years in the 1980s. Meanwhile I was busy raising a family, but the stories stayed with me. Finally, I edited them into a book, Teach Us to Live: Stories from Hiroshima and Nagasaki. I often speak to audiences ranging from elementary students to retirees about these stories.

What lessons from Hiroshima and Nagasaki should your children and their children remember?

Tad Akiba, then mayor of Hiroshima, told me, “I want young people to remember that today’s elderly survivors were as young as they are when their families, their schools, and their communities were destroyed in a flash.” If you know about something, you can act on it.

What do you think of the new “low-yield” bomb that Congress has just authorized?

These “low-yield” weapons, nearly half the size of the bombs of Hiroshima and Nagasaki, are very dangerous. They are more likely to be used and invite retaliation. But most of the nuclear bombs in the U.S. arsenal are far larger and much more destructive. All of them must never be used.

The 2018 Doomsday Clock indicates that the world is only 2 minutes from midnight, or nuclear destruction. Can we turn back the clock at all?

If all nations would sign and ratify the Treaty on the Prohibition of Nuclear Weapons adopted in 2017 by the United Nations, we could end the nuclear arms race soon. That is the only way to turn back the Doomsday Clock for good.

Diana Wickes Roose is a member of Oberlin (Ohio) Friends Meeting and the Lake Erie Yearly Meeting. She previously worked for Oberlin College, the American Friends Service Committee, and the National Action Research on the Military Industrial Complex.