Our entire FCNL community is mourning the loss of our colleague and friend whose passion and leadership on issues of nuclear disarmament, the outdoors, and Washington, DC politics was second to none. 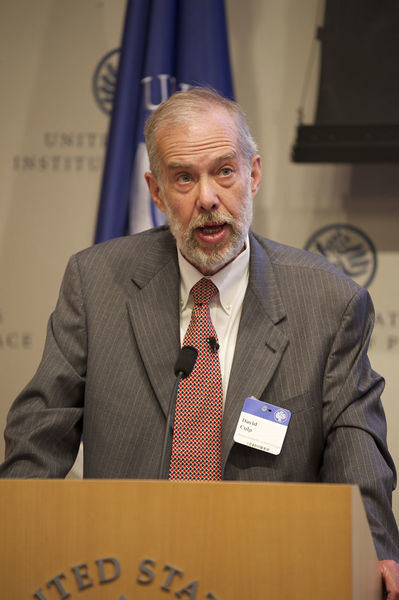 He was born in Huntington, Indiana, and devoted his life to working for the greater good of society. While in Indiana he lobbied the state legislature on issues of preserving the environment. He moved to Washington, DC in the late ‘80s and worked tirelessly on reducing the threat of nuclear weapons.

David was the dean of lobbyists in the arms control community and was one of the most strategic, focused lobbyists at the Friends Committee on National Legislation. For more than 15 years he led efforts at FCNL and in the arms control community to defeat three different proposals to build new nuclear weapons. During the campaign to win Senate ratification of the New START Treaty that reduced the number of deployed nuclear weapons in Russia and the United States, David’s swing list of senators was used by constituents, senators, and the White House as the basis for much of their advocacy work.

David has been highly regarded on Capitol Hill for his strategic political insight, for his direct communication with members of Congress and staff, and for his abiding commitment to a world free of nuclear weapons. “David cared deeply about the work of the broader community by offering advice on lobbying campaigns, and on efforts to mobilize constituents and on how to strengthen our community,” said FCNL Executive Secretary Diane Randall. “His sense of humor and his willingness to offer insight and encouragement to others—particularly the young program assistants who worked with him over the years—have made FCNL and the Washington peace community better.”

David also cared passionately about his Washington home environment. He was a forceful advocate for DC Statehood and canvassed and made phone calls for candidates for city council, mayor, and President of the United States.

But his life wasn’t limited to the political arena. David worked on the cleanup of the Anacostia River and loved to lead walks for the conservation society, marveling in the beauty of the hills around the city and in the number of different species of birds that abound here. David was an avid birdwatcher and in recent years led walks in Fort DuPont Park as part of the Wild Washington Walk Series.

He is survived by his brother, Paul Culp of Palatine, IL, and sister, Katie Wysong of Albion, IN. The Friends Committee on National Legislation will be organizing a memorial service in the future. We also encourage Friends and colleagues to share their memories of David. Condolences can also be sent to Paul Culp, 312 W. Slade Street, Palatine, IL 60067.