For Fiscal Year 2019 – which began in October 2018, but for which final funding decisions were delayed until a deal was announced this week -- the White House requested a total of $37.8 billion for diplomacy and development. Congress funded these programs at $54.2 billion.

Of the $54.2 billion total, peacebuilding and conflict prevention programs received $3.8 billion, which is $1.2 billion more than the president requested. This represents a small increase over FY 2018 levels. 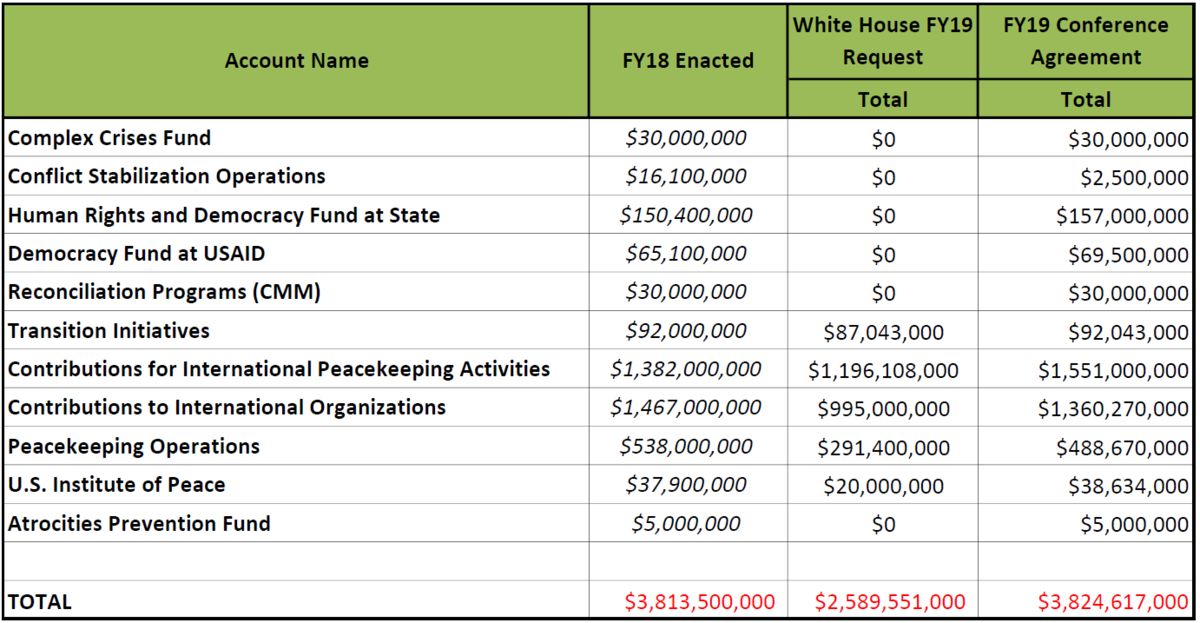 FCNL lobbies Congress to fund peacebuilding accounts such as the Complex Crises Fund, Conflict and Stabilization Operations, the U.S. Institute of Peace, and international peacekeeping operations. Although they represent only 7 percent of total international spending, these programs are essential for preventing the outbreak of conflict, responding to instability and violence, and protecting civilian lives.