Widespread mail and package delays continue to plague the nation as Americans bear the impact of major cost-cutting measures placed on the United States Postal Service (USPS) earlier this year.

Delays in mail delivery have caused added stress and worry for American people, who have relied even more heavily on the Postal Service during the pandemic. We need Congress to give the United States Postal Service the comprehensive funding it requires, not only to operate efficiently now but in order to survive into the future.

The decision to reduce funding for the Postal Service during a global pandemic comes from Postmaster General Louis DeJoy, who in June implemented policies that cracked down on overtime pay and late trips made by postal employees, as well as ordering the removal of thousands of high-speed mail-sorting machines across the nation.

Americans deserve to have a Postal Service they can rely on again, especially during a pandemic.

Without proper funding for the USPS, Americans with disabilities and the elderly will continue to receive life-depending medication late. People in rural areas and Native American reservations will continue to suffer, as they rely heavily on the USPS for business and communication purposes. The jobs of thousands of veterans and minorities will continue to be in jeopardy—USPS employees are comprised of about 20% veterans, 20% Black people, and 40% females.

Many eyes were on USPS funding earlier this year in the context of how delays would affect the presidential election. In fact, the Senate and House separately questioned Postmaster DeJoy for his decision to make sweeping cuts during an election year. Despite congressional outcries, Postmaster General DeJoy assured in August, “[though there will] likely be an unprecedented increase in election mail volume due to the pandemic, the Postal Service has ample capacity to deliver all election mail securely and on time in accordance with our delivery standards, and we will do so.” As we now know post-election, election mail was delayed in various states despite this guarantee.

DeJoy agreed to no further changes to the agency until after the elections. Now that it is after the election, more cost-cutting measures could be on the way. The House passed a bill in August that would have given the USPS the full $25 billion it needs to stay afloat. Those negotiations have subsided almost entirely after the Senate introduced a measure with just $10 billion for the USPS. It is time for those negotiations to gain momentum once more, as further cutbacks may come soon.

Kameryn Point (Lumbee/Waccamaw Siouan) is the program assistant for criminal justice and election integrity for 2020-2021. In this role she lobbies for comprehensive justice reform, including the demilitarization of local police forces, required racial profiling and bias training for law enforcement, and an end to mass incarceration. She collaborates with FCNL’s network of grassroots supporters, coalition partners, and congressional offices to move our nation toward a more equitable and fair system for voting and elections. 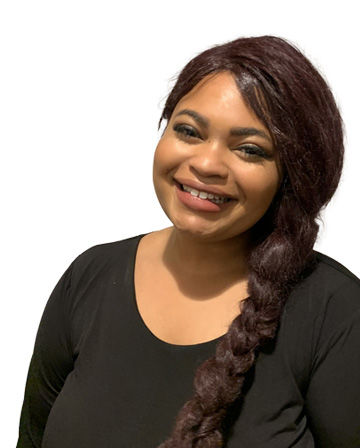