Congress has pushed major budget decisions off until December, which means that lobbying for a moral budget at FCNL's Annual Meeting and Quaker Public Policy Institute in November is even more critical.

In early September, President Trump and congressional leaders agreed to a clean bill that raises the debt ceiling for three months, keep the government open at current spending levels for three months, and provided an initial down payment of $15 billion for disaster relief from Hurricane Harvey.

What does this mean for the issues FCNL cares about? The biggest takeaway is that this fall just got even more intense.

FCNL's Quaker Public Policy Institute and Annual Meeting, occurring November 2-5, will come during a critical time as members of Congress are negotiating around the budget. 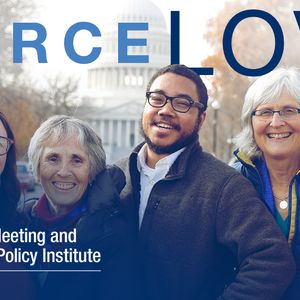 Be a part of Quaker advocacy that calls us to come together in Fierce Love as we work towards peace and justice. Join FCNL November 14-17, 2020 for Annual Meeting and the Quaker Public Policy Institute online!

Other things Congress must do before the end of September include: