Census Poverty Numbers are Encouraging, but Much Work Remains

New poverty numbers are encouraging but highlight the need for expanding the EITC to more people.

The Friends Committee on National Legislation welcomed the U.S. Census Bureau’s release of data showing poverty fell to 13.5 percent in 2015. This drop of 1.8 percentage points is the best we have seen in 16 years. Noteworthy, median household income rose by 5.2 percentage points, or $2,798, the largest one year increase ever recorded in the U.S. with data going back to 1967.

These numbers are very encouraging. The record growth in household income, increase in the percentage of people with health insurance, and the strong decline in poverty all point to positive trends for this country.

However, we still have 43.1 million people living in poverty (below $24,036 for a family of four), and the poverty rate has yet to return to its pre-recession level from 2007. It is a travesty that in a country with such abundance and wealth as the United States, more than one out of every eight people, and nearly one out of every five children live in poverty.

These numbers have important implications for policymakers. Congress should fix the glaring gap in the EITC to expand it for low-income working adults who aren’t raising children and individuals under 25 years old. This is the lone group of people who often find themselves taxed into poverty. 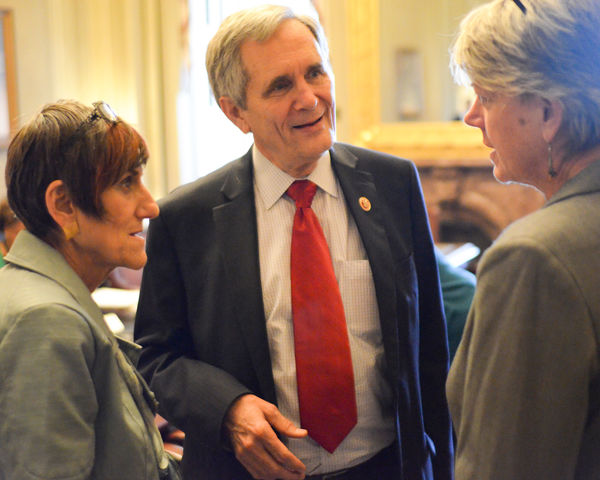