Building a Pathway to Peace

From the outside, an outbreak of violence can seem spontaneous. But even when a community seems relatively peaceful, the seeds of violence can be growing. Where there is poverty, oppression, corruption, or scarcity of resources, the potential for violence is there as well. 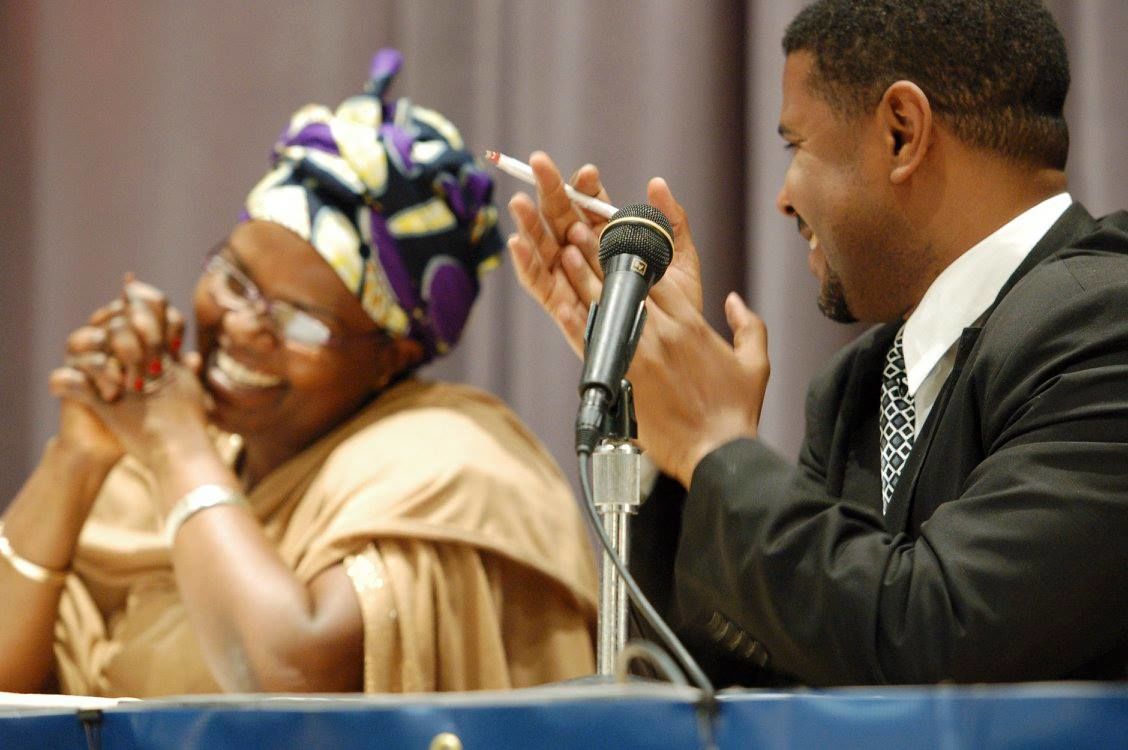 Florence Ntakarutimana, a Quaker who works with CRS in the Central African Republic, and Hussein Khalid of Haki Africa in Kenya speak at Annual Meeting

Too often, that potential is not addressed until it is too late. At that point, attention rightly focuses on keeping people safe and minimizing casualties.

Eventually, the conflict de-escalates and violence subsides. Yet, all too often, the seeds of violence remain, dormant, just waiting to grow again. The very actions designed to end the violence can sow new seeds. And so the cycle continues.

Quakers and others opposed to war are often challenged at the moment when violence peaks, when people are already dying, to offer an alternative to violent intervention. Pacifism is equated with passivism, doing nothing while lives are lost.

Trapped in this cycle of violence as we are, we urge action that we believe will minimize the loss of life. Every life is precious, and we mourn all those killed in violent conflict, whether civilian or soldier. Diplomatic negotiation, humanitarian aid, and accountability for those who have committed crimes are just a few of the ways we encourage our leaders to address conflicts.

But we also refuse to accept that this cycle is inevitable. Before, during, and after a conflict, we can act to build peace and uproot the seeds that lead to violence. FCNL is working to persuade our government to move in this direction.

Fundamentally, we need to convince the U.S. government to put peacebuilding and violence prevention — not military response — at the center of its foreign policy.

Fundamentally, we need to convince the U.S. government to put peacebuilding and violence prevention — not military response — at the center of its foreign policy.

This transformation will take work. Yet in the past decade we have made progress on infusing a peacebuilding approach into some parts of the U.S. government. Following atrocities in Rwanda, Bosnia and Sudan, and the dramatic expansion of ”counterterrorism” after the 9/11 attacks, there was a push from advocacy groups and some within the government to create new structures and funding to prevent conflict rather than simply respond to it.

FCNL continues to be at the forefront of these efforts. We co-founded and now coordinate an influential coalition dedicated to preventing violent conflict and protecting civilians. We’ve led efforts to support development of new programs and capacities in USAID and the State Department to help respond to and prevent violence. We've advocated for increased coordination throughout the government to make violence prevention a priority. In 2012, President Obama created an Atrocities Prevention Board to undertake this coordination.