While there have been reductions in national poverty and hunger rates, the recent US Census data and the US Department of Agriculture report show that poverty goes hand-in-hand with hunger. The two-year average national poverty rate dipped to 12.3 percent or 39.7 million people in 2017 and 11.8 percent of American households or 40 million people experienced hunger last year.

Two graphics – Top Ten Poorest and Top Ten Hungriest States – illustrate the data analysis made by the Friends Committee on National Legislation. These states have hunger and poverty rates well above the national averages.

“Decreases in poverty are commendable, and they reaffirm the tremendous role of federal anti-poverty programs in ensuring low-income Americans can obtain the benefits that help meet basic human needs,” said Diane Randall, Executive Secretary for FCNL. “As a Quakers organization, we believe that no one in this country should be hungry.”

The government data reflect the important role assistance programs like refundable tax credits (such as the Earned Income Tax Credit and the Child Tax Credit) and the Supplemental Nutrition Assistance Program (SNAP) play in preventing people from falling into poverty and ensuring that they have enough food.

The credits and SNAP lifted 8.3 million and 3.4 million people, respectively, out of poverty in 2017. However, despite the programs’ success, lawmakers are still debating SNAP’s fate amid intense farm bill negotiations

“For millions American families, SNAP is the everyday difference between putting food on the table or not,” explained Amelia Kegan, Legislative Director for Domestic Policy at FCNL. “Congress must protect SNAP from harmful cuts or changes that could force American families off the program, especially in New Mexico, Arkansas, Louisiana, Mississippi, Alabama, Kentucky, and West Virginia, where the hunger and poverty rates are consistently near 20 percent.”

As a Quaker organization, FCNL believes each person has the right to live a life of dignity with access to basic necessities in a safe and sustainable environment. FCNL seeks to eliminate poverty at home and abroad through economic policies that expand opportunities for all people. 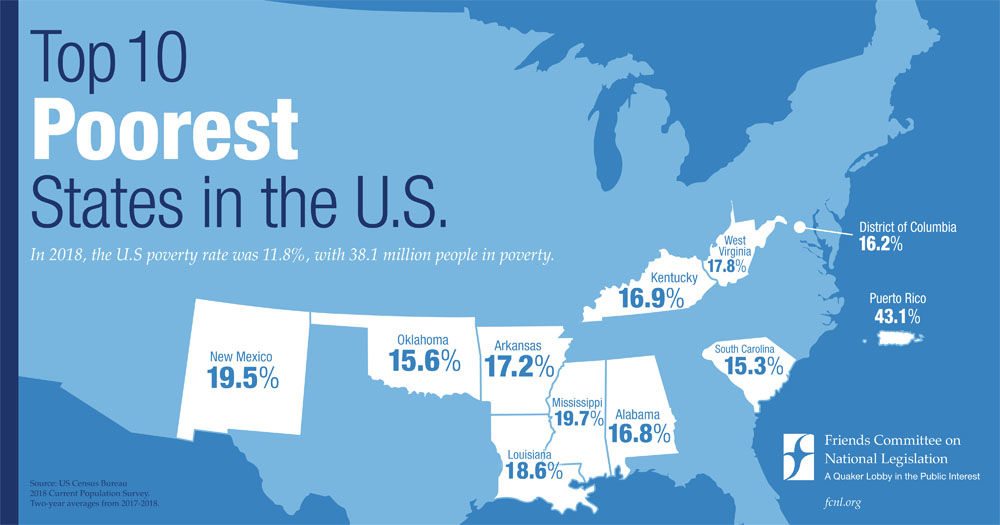 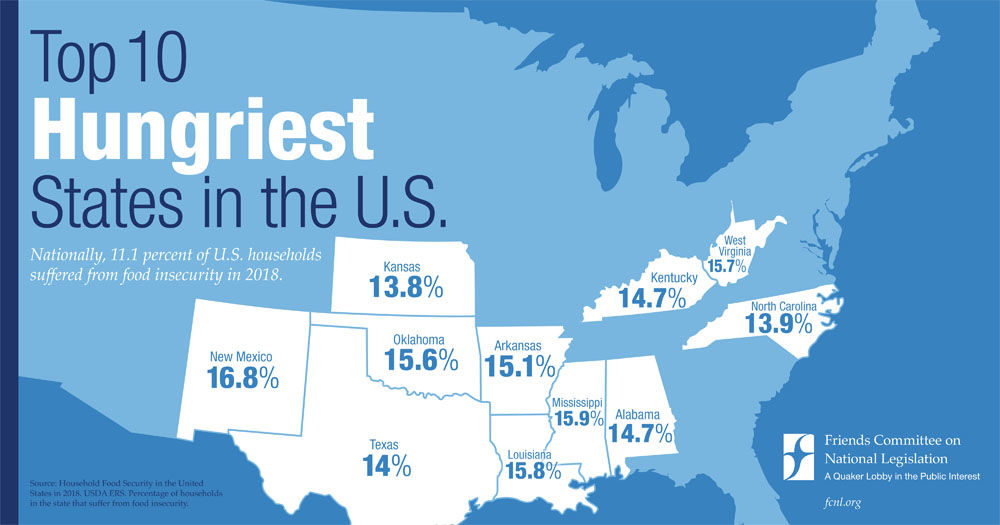