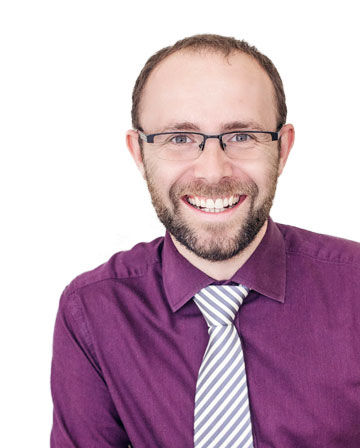 Stephen Donahoe leads FCNL’s efforts to raise annual, capital and planned gifts that support FCNL’s advocacy, education and outreach. Stephen and rest of the Development Team are responsible for raising over $5.7 million per year in general operating support from individuals, foundations and organizations, including Quaker meetings and churches.

Stephen has traveled extensively in his work with FCNL, getting to know many of FCNL’s most loyal supporters. He approaches fundraising and philanthropy as spiritual practices.

Stephen is currently enrolled in George Washington University’s Master of Public Administration Program (part-time). He graduated with honors from Graceland University, a small liberal arts school in Iowa, where he studied nonprofit management with a minor in peace studies. He holds both the Certified Fund Raising Executive (CFRE) and Certified Nonprofit Professional (CNP) credentials. Stephen is a member of the Association of Fundraising Professionals.

Stephen started at FCNL as a Program Assistant in the fall of 2008. After two years working as a Program Assistant in grassroots organizing and lobbying focused on the War Is Not the Answer and Our Nation’s Checkbook campaigns, Stephen transitioned to major gifts fundraising. He saw very clearly that one of the main ways that the FCNL community can support the mission of FCNL and live out our shared values is to donate toward FCNL’s work. Before joining FCNL, he interned at America’s Second Harvest and Outreach International.

Stephen's main hobby is traveling, sometimes related to development, and sometimes for fun. He plans to spend his life working toward a more peaceful and just world.

Support FCNL Give from Your IRA ›

If you are 70 ½ year old or older, you can make a gift to the FCNL Education Fund directly from your IRA and it won’t count towards your taxable income for the year! It may also lower your Medicare premium.

FCNL and the FCNL Education Fund continue to benefit from the generosity of our supporters, directly through Annual Fund giving and indirectly through the gifts for operations from the capital campaign. See audited financials, 990 forms, annual reports, conflict of interest policies, and legal information.