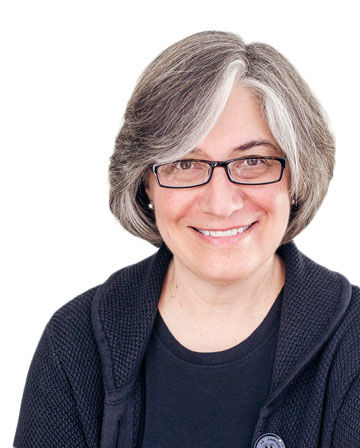 Barbara Price Monahan retired as Associate Secretary for Development at FCNL as of December 31, 2019. She is currently serving as a consultant for development through the transition period.

Barbara Price Monahan led FCNL’s efforts to raise annual, capital and planned gifts that support FCNL’s advocacy, education and outreach for more than 7 years. Barbara and her staff were responsible for raising over $5.7 million per year in general operating support from individuals, foundations and organizations, including Quaker meetings and churches.

Barbara came to FCNL in 2012. Prior to that, she was the director of development at Hopkins School in New Haven, CT, where she directed the school's fundraising efforts, alumni/ae and parent programs and events, as well as digital and print communication. She successfully led the development program during the school's 8-year capital campaign, which raised more than $37 million in capital and endowment, as well as a parallel initiative that resulted in $8.2 million in new bequest intentions for the school. Barbara has worked in academic fundraising for the past 20 years, working with independent schools (Hopkins School and Fairfield Country Day School), and colleges/ universities (Indiana University School of Music and Yale School of Medicine).

Barbara started her career in the nonprofit world as an arts administrator, including positions with Twyla Tharp Dance Foundation, Roundabout Theater Company and Williamstown Theater Festival. A lifelong Quaker who was raised in Indiana, she holds a B.A. in Fine Arts from Earlham College. Barbara is a member of New Haven (CT) Friends Meeting and attends Friends Meeting of Washington, where she is on the Mary Jane Simpson Scholarship Committee. She is a member of the Corporation of Haverford College and a member of the Association of Fundraising Professionals.