To End Torture, We Need Transparency

Our next president should immediately suspend the military commissions where some Guantanamo detainees are being tried. Not only are these commissions biased and inefficient, but they lack transparency—and that means that reports of torture at Guantanamo are all too easy to bury or conceal.

As an attorney for one of the 9/11 defendants once put it, the commissions are “a hybrid specialized system...set up with the purpose of concealing evidence of torture.”

Ten years after the passage of the Military Commissions Act of 2006 (MCA), the legal foundation for the trial of detainees in Guantanamo Bay, evidence has come to light that memories of beatings, waterboarding, and sleep deprivation still haunt even the earliest victims of torture at this notorious US military base.

The MCA, though it does not actively encourage torture, enables it by allowing the CIA and other agencies to contain torture victims’ testimonies within distant, access-restricted courts, far from the public eye. As an attorney for one of the 9/11 defendants once put it, the commissions established under this legislation are “a hybrid specialized system...set up with the purpose of concealing evidence of torture.” When a new president enters the White House in January, this system must be immediately put to rest.

Regardless of their views on the MCA, virtually all observers agree that concealment is a central rationale for the existence of the military commissions system. Proponents argue that the government has a right—even a duty—to keep information secure if its release could create an immediate threat to national security or a direct risk to American lives. Information on undercover agents, for instance, must be kept quiet. But while it is sometimes necessary to keep us safe, secrecy is not always in American interests.

The Dark Side of Classification

In effect, the Department of Justice is fighting the videos’ release because a neutral depiction of actual government practices might make people angry.

In the Federal court system, an entirely separate institution, the Department of Justice is currently trying to block the release of a video showing the force-feeding of a detainee inside the detention center at Guantanamo Bay. The Justice Department argues that these tapes must be kept confidential because their release “could be used as propaganda by extremist groups to incite anti-American sentiment.” If the Administration believes that the tapes themselves are biased or misleading, this claim has not made it into the media.

Thus, in effect, the Department of Justice is fighting the videos’ release because a neutral depiction of actual government practices might make people angry. This is the kind of logic one expects to find behind closed doors within famously repressive governments; it is disturbing to hear it used in US federal courts. But it is illuminating as well: this case demonstrates, beyond a doubt, that agencies and departments within our government actively try to hide its most controversial interrogation and detention practices in order to avoid fueling public outcry.

Reports of US Interrogation Practices Should Be Heard in Court

The trials of suspected terrorists are a key forum in which the facts on US interrogation practices emerge, and this is not an insignificant part of their value. During the pre-trial of the 9/11 defendants, the word “torture” was used over 500 times.

While prosecutors may view the discussion of interrogation practices as a distraction from the real business of convicting terrorists, it is essential that conversations continue to take place—both inside and outside government offices--about whether Americans feel comfortable using unreliable intelligence gathered through physical and psychological abuse. It is also essential that the CIA and other agencies know, in advance, that their methods will be subject to both official and public scrutiny.

Thus, it is unfortunate that the military commissions operate in restricted-access zones outside the United States. Journalists and non-military observers who attend the proceedings in Guantanamo must take a military plane and then a boat. Once they arrive, they have no choice but to stay in tents that, according to one account, “are kept extremely cold so that iguanas or spiders don’t wander in—which is apparently a legitimate fear.”

Even then, journalists should not take it for granted that they will arrive at all: the commissions’ official website notes that authorities on the base have “’historically unquestioned power’ to summarily exclude civilians from their area of command.” 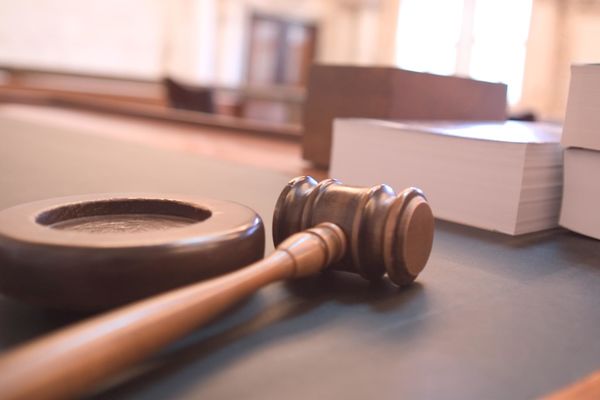 Observers who make it to the commissions must then watch the proceedings from behind a thick pane of soundproof glass and listen through a time-delayed transmission device—turned on and off remotely, to protect confidential information—that even the judge may not be able to control directly. The Justice Department revealed at one point that the “original classification authority” listens in on the proceedings; according to the Washington Post, it “remains unclear" whether CIA officials can cut the feed as it is transmitted to the observation room, and if so, what restrictions exist on this power.

But regardless of who controls what, it is clear that the government has almost unlimited potential to restrict information about military commission trials without clear explanation.

Beyond the physical distance and confidentiality protections already in place, the MCA leaves room for even more extreme measures to prevent public access to sensitive information. According to the law itself, the judge presiding over a commission trial can block public access whenever he or she determines that the information revealed might be a threat to national security.

As it stands, the Department of Justice has argued in federal court that information can threaten national security simply by portraying the US government in a negative light. There is no reason to believe that judges presiding over military commissions could not make the same argument. Combine this reality with the role of the commissions as a forum for discussions of United States’ use of torture, and the resulting picture is highly troubling. Fortunately, there is an alternative to the continued use of the military commissions system.

A Charge for Our Next President

Civilian courts are perfectly capable of handling sensitive information. Analysts and organizations from a broad spectrum of ideological viewpoints agree on this point. Free of many of the issues with procedure, impartiality, and transparency that plague US military commissions, these courts have handled over a hundred terrorism cases since 9/11.

The next president of the United States should suspend these commissions within his or her first one hundred days in office. He or she should also ensure that someone in the new Administration—an individual entrusted with the authority to make key decisions and resolve inter-agency disputes—is specifically tasked with working towards the closure of Guantanamo and addressing the issue of the military commissions, so that these responsibilities do not fall through the cracks or get bogged down in needless bureaucracy.

Even these measures are not enough. As long as the MCA remains on the books, future leaders remain at liberty to revive or expand the commissions system. And if these leaders ever revive the worst “enhanced interrogation techniques” from the early post-9/11 years, whether in 2017 or 2050, the option of trying the victims of this torture in overseas commissions will seem like a convenient way to minimize public backlash. But if Congress is to repeal the MCA, legislators must see that the commissions are unnecessary; Congress is therefore unlikely to repeal the MCA unless the Executive Branch suspends or shuts down the commissions first. To bring us closer to the ultimate goal of repeal, our next president must take the first step.