Update: Efforts unraveled on Tuesday to ram through yet another irresponsible and immoral bill that decimates Medicaid and would cause millions to lose coverage. The failure of the Graham-Cassidy ACA repeal bill is a testament to the power of people across this country raising their voices to elected officials.

Now it’s time for Congress to return to the critical bipartisan work to stabilize the insurance market, lower costs, and strengthen quality coverage. We are here to support them in those efforts.

It's back. A "new" last-ditch plan to repeal the Affordable Care Act has many of the same dangerous policies as previous repeal efforts, threatening the future of Medicaid as we know it. Momentum is growing to pass the bill in the next two weeks.

The Graham-Cassidy proposal would:

After September 30th, the special "budget reconciliation" procedure expires. At that point, the bill would have to get 60 votes to pass and would be subject to a filibuster. The Senate has just 12 days left to pass this bill on a party-line vote – email your senators today.

The bill is a race-against-the-clock proposal, and we won't necessarily know the full impact of the bill before the September 30th deadline. But it's already clear that the plan would take coverage from tens of millions of people, just like every other Affordable Care Act repeal bill this year.

Rather than pursue a rushed, hyper-partisan effort to repeal the ACA and end the Medicaid program as we know it, your senators should support current bipartisan efforts to stabilize the marketplace, improve affordability, and strengthen coverage.

It’s time to stop repeal plans once and for all. Email your senators now. Urge them to oppose the Graham-Cassidy bill and pursue a responsible, bipartisan health care bill. 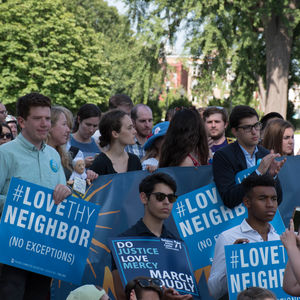 Despite the new name, the Graham-Cassidy health care proposal includes many of the same dangerous health care policies of previous attempts to repeal the Affordable Care Act.