FCNL has been hard at work in lobbying for just solutions to America’s policing crisis. Find opportunities for action and educational resources below.

America needs police reform now! In partnership with the Leadership Conference on Civil and Human Rights, we are calling on Congress to swiftly pass meaningful police reform legislation. 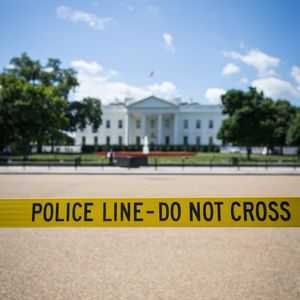 The protests calling for major changes to policing aren't dominating the headlines anymore, but this issue is far from resolved. Congress must take decisive action to address our deeply racist criminal justice system. Use this template to write a letter-to-the-editor in your local paper!

Advocates are Calling on Congress to Demilitarize Policing: Here’s the Next Step
The militarization of police is a key factor in the policing crisis we face today. Congress has opportunities to reform the 1033 program this year and limit the Department of Defense’s practice of transferring surplus military grade equipment to local police departments.

The United States Needs National Use of Force Standards
Every law enforcement agency across the country has regulations that govern when officers can use force—and how much they’re permitted to use. But these regulations often vary greatly from jurisdiction to jurisdiction. Congress must pass legislation that sets a national use of force standard.

Transparency and Accountability are Necessary to Protect Black Communities
Black communities deal constantly with police harassment and violence. Some law enforcement agencies had made positive steps to curb these abuses, but these reforms must be coupled with increased transparency and oversight.

Racism is at the Heart of America’s Policing Problem
The protests and conversations of the past couple months have laid bare a fact that Black and Brown Americans have known for decades: America has a policing problem. And that problem is firmly and undeniably rooted in racism.

Injustice & Inequity in the Justice System