Thank Your Rep for Standing with Issa

Congress needs to hear that you support Palestinian human rights

Shortly before Issa Amro, a Palestinian nonviolent human rights activist, faces an Israeli military trial on charges derided as “baseless” and “politically motivated” by Amnesty International, a record-setting 35 representatives defended the right for peaceful protest in Palestine by asking Secretary of State Rex Tillerson to weigh on Amro's case.

''If he is convicted we will consider Issa Amro a prisoner of conscience.'' ~Amnesty International

35 representatives made this call in three congressional letters, with the first letter led by Representatives Mark Pocan (WI), Keith Ellison (MN), Betty McCollum (MN), and Earl Blumenauer (OR). These representatives wrote to Secretary Tillerson asking that he "urgently pursue all diplomatic tools at your disposal to encourage the appropriate Israeli authorities to reconsider the charges against Issa Amro, a community leader, nonviolent activist and previous recipient of the United Nations’ 'Human Rights Defender of the Year in Palestine' award."

In addition, Representatives Schakowsky and Raskin wrote a separate letter to Secretary Tillerson asking that Amro receive full due process in his case and highlighting that, if convicted, Amnesty International will consider him a prisoner of conscience. Representative Adam Smith also penned a letter urging Secretary Tillerson to prevail upon the Israeli government to "review and reconsider the charges against Mr. Amro" to ensure that Mr. Amro has not been punished for legitimate, nonviolent protest.

The 35 signatories represent substantial growth in support for Palestinian human rights from previous letters, including a letter last June signed by 20 representatives that called "to elevate the human rights of Palestinian children to a priority status in our bilateral relations with Israel."

Coverage in Mondoweiss lauds the two letters as, "yet another sign that the Democratic left is determined to stand up for Palestinian human rights," and describes Issa Amro as, "the courageous and non-violent leader of protest actions in occupied Hebron."

Text of the Pocan-McCollum-Blumenauer-Ellison Letter

Mr. Amro is ''being unfairly targeted due to his legitimate and peaceful human rights work.'' ~United Nations

We write to request that you urgently pursue all diplomatic tools at your disposal to encourage the appropriate Israeli authorities to reconsider the charges against Issa Amro, a community leader, nonviolent activist and previous recipient of the United Nations’ “Human Rights Defender of the Year in Palestine” award. He faces charges described by Amnesty International as “baseless” and “politically motivated” within Israel’s military court system, which could result in years of imprisonment. United Nations human rights experts expressed concern that Mr. Amro is “being unfairly targeted due to his legitimate and peaceful human rights work.”

Mr. Amro founded and coordinates a Hebron-based advocacy group that counsels Palestinian youth on nonviolent means of opposing Israeli settlement activities, which President Trump himself recognizes as unhelpful to achieving a lasting peace between the Israelis and Palestinians. In 2011, Mr. Amro was a guest of the State Department as part of its International Visitor Leadership Program. In 2016, the State Department highlighted Mr. Amro’s military court case in its Human Rights Report among its main concerns regarding freedom of peaceful assembly in Israel and the Occupied Territories. A representative of the U.S. Embassy in Tel Aviv attended Mr. Amro’s court hearing in November of last year alongside representatives of other concerned governments such as Germany, the United Kingdom, and Spain.

''We fear that Israeli military courts deliberating over Mr. Amro’s charges will be unlikely to render a fair and impartial verdict .''

We fear that Israeli military courts deliberating over Mr. Amro’s charges will be unlikely to render a fair and impartial verdict given that the conviction rate within that system is 99.74 percent. Indeed, among the 18 charges that Israeli authorities allege against Mr. Amro, several—such as “participating in a march without a permit”—are not internationally recognizable criminal offenses. Amnesty International noted that a charge of assault supposedly committed by Mr. Amro in March 2013 would have been physically impossible, as Amro had already been arrested and video evidence clearly shows another man responsible for the incident. Unfortunately, such inconsistencies do not tend to deter legal action within this forum: as respected Israeli human rights group B’Tselem has observed of Israel’s military courts, “the threshold for meeting the requirement of prima facie evidence is so low that it poses no obstacle to the prosecution.”

Peaceful protest has been widely recognized as a fundamental right both in the United States and abroad. Although we strongly support Israel’s right and, indeed, obligation to ensure the security of its citizens, we also support the right of Palestinians to peacefully politically organize and demonstrate. We ask that you take any and all measures to urge Israeli authorities to reconsider the charges against Mr. Amro, a principled and internationally recognized nonviolent human rights advocate.

''Freedom of expression must be a foundation for a just and lasting peace for the Israeli and Palestinian people.''

We believe that nonviolent means of political engagement should be encouraged rather than suppressed, and that the persecution and imprisonment of peaceful activists such as Mr. Amro only threatens the safety and human rights of both Palestinians and Israelis. As the United States seeks to assist in brokering a peace agreement between both sides, we should encourage our steadfast ally in the region to uphold our shared democratic values and respect activists like Issa Amro: freedom of expression must be a foundation for a just and lasting peace for the Israeli and Palestinian people.

32 representatives signed the letter, listed below. You can take action by thanking your representative, if they signed, or urging them to support these efforts in the future, if they didn't sign.

Over the past few years, several encouraging congressional letters have demonstrated the power of the pro-peace and justice community to move Congress on Palestinian rights issues:

Twenty members of Congress, led by Representative Betty McCollum (MN), sent a letter to President Obama calling for the appointment of a Special Envoy for Palestinian Youth, in response to reports of widespread mistreatment of Palestinian minors in Israeli military detention.

The Friends Committee on National Legislation welcomes the congressional letter to Secretary of State John Kerry requesting assurances that the Leahy law restrictions on assistance to foreign security forces are being applied to Israel and Egypt. 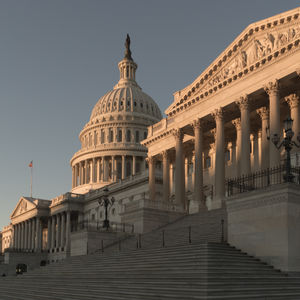 In a letter led by Congresswoman Eshoo, 10 representatives urged Secretary Kerry to "take immediate action to prevent the demolition of the Palestinian village of Susiya and prevent the continuing demolition of Palestinian neighborhoods, farmlands, and olive orchards in the West Bank, East Jerusalem, Gaza, and in Israel."

Nineteen members of Congress sent a letter to U.S. Secretary of State John Kerry urging the Department of State to prioritize Israel's treatment of Palestinian children in the U.S. bilateral relationship with Israel.

Action Alert Stand up for Peaceful Protest in Palestine ›

Call on your Representative to defend Issa Amro 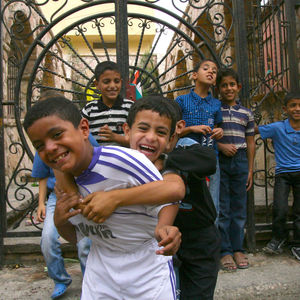 For over a decade, Palestinian activist Issa Amro and his organization Youth Against Settlements have used nonviolent resistance to peacefully challenge the Israeli occupation in his hometown of Hebron. He now faces politically motivated charges designed to shut down his calls for Palestinian freedom and an end to occupation. Call now to stand with Issa!