As the National Commission on Military, National, and Public Service prepares its report on the Selective Service System (SSS), we are once again compelled to call for the elimination of the draft.

Under the SSS, every man aged 18 to 26 is required to register for a potential military draft. Those who refuse could face jail time, fines, or a denial of access to federal benefits, including students grants and loans. For Quakers—and all those who view peace and non-violence as core values—this creates an agonizing dilemma.

The U.S. was founded as a safe harbor for freedom of conscience, but the draft stands firmly in opposition to that principle.

To register means that one day, if Congress authorizes a draft, you will have to decide between the call of your faith and the call of your government. The U.S. was founded as a safe harbor for freedom of conscience, but the draft stands firmly in opposition to that principle.

The argument for repealing the draft extends beyond the philosophical. The SSS is an economic burden, costing more than $800 million over the last 35 years to administer. Politicians, government officials, and thought leaders from across the ideological spectrum have argued for years that there is no national security benefit to its existence. Since the draft was reinstated in 1980, it has served no purpose except to violate civil liberties with a hefty price tag.

The commission is in the process of reviewing the SSS and will likely release legislative proposals in late March. (FCNL’s Diane Randall testified before the commission in April 2019.) This is a crucial window of opportunity—now is the time for members of Congress on both sides of the aisle to demonstrate that there is broad support for abolishing the draft.

That’s why FCNL is proud to endorse H.R. 5492. This bill, introduced by Rep. Peter DeFazio (OR-4), would repeal the legislation that created the SSS and get rid of all penalties for those who don’t register. Urge your representative to sign on as a co-sponsor and take a stand for peace and civil liberties. 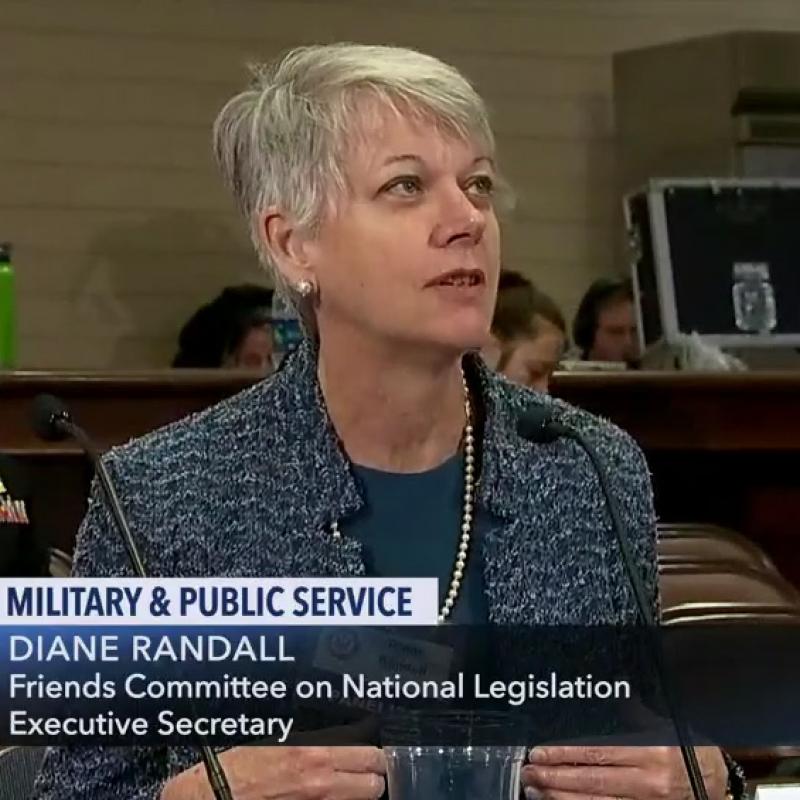